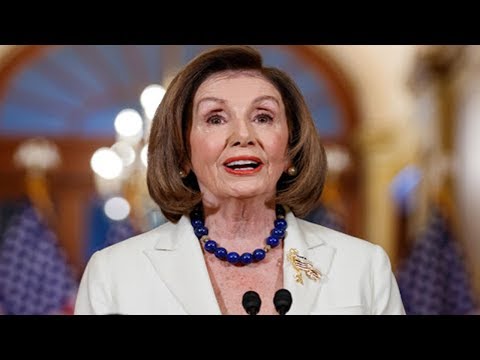 Just before Thanksgiving I wrote a different draft of this article. I'm updating it here.

If Nancy Pelosi decides to end the impeachment hearings by Christmas, she will be engaging in one of the worst acts of political malpractice and stupidity in modern history. It is essential that the Democrats in the House of Representatives continue their investigations until they cover several essential additional factors listed below. They have to wait to get determinations from the Supreme court.

The idea of taking impeachment to the Senate in a hurry is is just plain stupid, bad leadership and amounts to top-down insanity, just as the plan to allow superdelegates to vote in the second round of the primary is also totally bad thinking that will cost the Democratic party the elections.

Keeping the impeachment hearings going at least through the end of summer 2020 is the smartest thing to do. House Democrats can go after Trump for violations of the emoluments Clause. They can go after Pence and Pompeo and others for refusal to cooperate and for obstruction of justice. They can go through the courts to get Trump's closest associates and appointees to testify and even get Trump to testify.

A major goal should be to get Trump on the stand. Trump is totally unable to tell the truth and he will perjure himself repeatedly. Muller should have had Trump testify. The Democrats in the House of Representatives should be stronger than Muller. If they don't have the intestinal fortitude and determination to do it, then they are not doing their jobs. The Republicans made Bill Clinton testify. The Democrats should force Trump to. And if the Supreme court protects him, the Democrats can use that to get out the votes.

There are plenty of reasons to keep the investigation going. The way prosecutors work, even though this is not a normal prosecution, is they put pressure on lower down the hierarchy participants. That puts pressure on the higher up suspects and eventually gets to the ones at the top. They could be doing this so that they gradually drag in all of the guilty parties.

The Nixon impeachment took over eight months to produce an outcome. It is ridiculous to attempt to do an ultra-short job of this when the whole value of the impeachment, besides bringing to light Trump's nefarious activities, is to cast shade on Trump and all the people associated with him, particularly the Republican Party.

Impeachment has as its roots the goal of protecting the Constitution and maintaining Justice. But, because it was designed to function within the House and the Senate, it was designed to be a profoundly political process. Anyone on either side of the aisle, who proposes that politicizing impeachment is wrong or inappropriate, is either naive or lying.

One must ask, who benefits from a short House impeachment investigation. I have a few guesses.

I'd love to hear your thoughts on this.

It is mind-boggling to see a conversation happening in which closing the hearings by Christmas is on the table. It's just a really bad idea and hopefully enough people will tell Nancy Pelosi and Adam Schiff and whoever else makes these decisions just how bad an idea it is

Related Topic(s): Impeachment; Pelosi-Nancy; Senate; Senate Impeachment, Add Tags
Add to My Group(s)
Go To Commenting
The views expressed herein are the sole responsibility of the author and do not necessarily reflect those of this website or its editors.