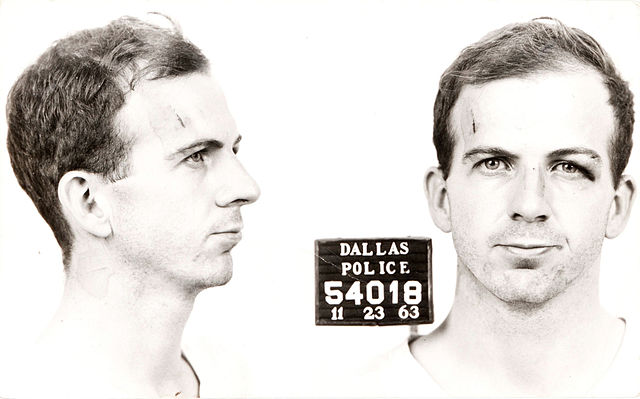 As America marked the 50th anniversary of US president John F. Kennedy's assassination four years ago, a clear majority of Americans (according to polls by Gallup and AP/GfK) still believed that the whole truth of what happened in Dallas on November 22, 1963 remains unknown: That Lee Harvey Oswald did not act alone and that the killing was in fact the result of a conspiracy.

One good reason for that belief, or at least for skepticism as to the truth of the official narrative, is continued government secrecy.

To this very day, thousands of government files -- mostly produced by the Federal Bureau of Investigation and the Central Intelligence Agency -- remain classified and hidden from public view.

The John F. Kennedy Assassination Records Collection Act, passed by Congress in 1992, requires the release of the last of those documents no later than this October unless US president Donald Trump intervenes to keep them secret on grounds of "national security." Politicoreports that "Congressional and other government officials have told us in confidence that at least two federal agencies -- likely the CIA and FBI -- are expected to appeal to Trump to block the unsealing of at least some of the documents."

The Politico report focuses on a document release in late July which is intriguing because it reveals CIA skepticism of the official narrative. No, no "smoking gun" revelations of additional assassins on the grassy knoll, nor even hints at a wider conspiracy, but rather fear that Oswald's motives, if fully explored, might badly embarrass the agency.

The Warren Commission dismissed those motives as mere "hatred for American society." But suppose Oswald acted from anger at the CIA's series of failed attempts on the life of Cuba's Fidel Castro?

The CIA has long since copped to its Castro assassination campaign. But admitting that that campaign's sole fruit was the killing of an American president even as the agency's actual target lived to a ripe old age and died a natural death would smart to this very day.

And who knows? 54 years ago such a revelation might have even prompted real public reconsideration of the young but quickly growing national security state president Dwight D. Eisenhower had warned the nation of in his farewell address only two years before.

If the final documents are released and it turns out that "Oswald's act was blowback" is the secret that's been so closely guarded these 50-odd years, it likely won't be enough to spark such a reconsideration. 9/11 has probably secured the future of America as a garrison state for at least another generation come what may.

Related Topic(s): Assassination; CIA; Kennedy Assassination; Oswald; People Kennedy John F-, Add Tags
Add to My Group(s)
Go To Commenting
The views expressed herein are the sole responsibility of the author and do not necessarily reflect those of this website or its editors.