So long as the governments of America and other countries are captives of oligarchs and big corporations, and hang onto anti-worker, anti-middle-class neoliberal policies, citizens will continue to drift toward hard-right "populist" politicians. 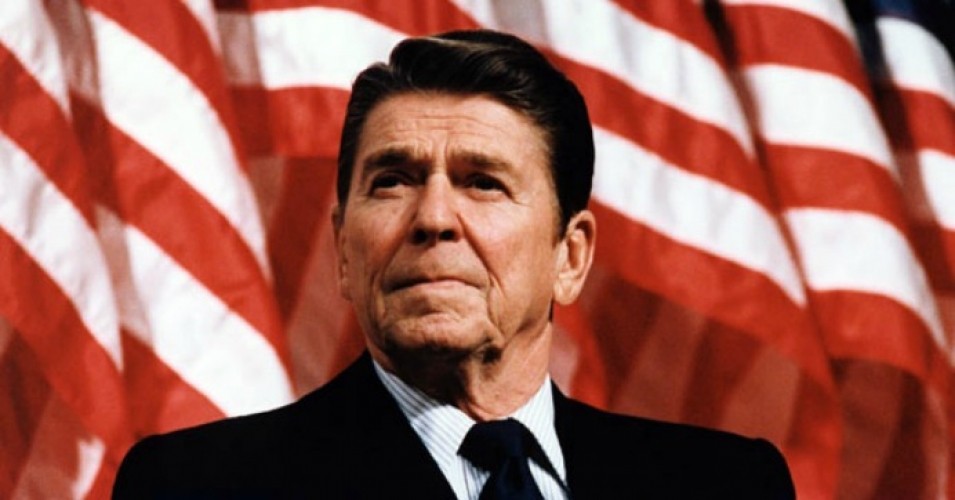 Democracies will only begin to revive when we reverse the Reagan Revolution and return to the classical economic and political systems that existed in the Western world before the neoliberal 1980s.
(Image by (Photo: Marion Ross/flickr/cc))   Details   DMCA

The destruction of the middle class is destroying democracies and paving the way for authoritarian rule.

In 2016, Roberto Stefan Foa and Yascha Mounk published a paper in the Journal of Democracy showing how, in the era since Reagan led America out of classical economic policy and into neoliberalism (aka "trickle-down" and "supply-side" economics), many Americans have ceased to value democracy.

"In the United States," they write, "among all age cohorts, the share of citizens who believe that it would be better to have a 'strong leader' who does not have to 'bother with parliament and elections' has also risen over time: In 1995, 24 percent of respondents held this view; by 2011, that figure had increased to 32 percent." By the time the paper came out in 2016, fully 49 percent of Americans thought elites should make decisions, rather than "government."

And the growing disillusionment with democracy as a way to protect the interests of average voters doesn't just push them toward solutions hatched by the Heritage Foundation or the Cato Institute; increasingly, Americans would even consider a military junta ruling America, something that would shock the founders.

"In the past three decades," Foa and Mounk write, "the share of U.S. citizens who think that it would be a 'good' or 'very good' thing for the 'army to rule' -- a patently undemocratic stance -- has steadily risen. In 1995, just one in 16 respondents agreed with that position; today, one in six agree."

And it's not just in the United States; democracies across the world are falling to the power of right-wing strongman leaders. Just in the past few decades we've seen this happen in Hungary, Poland, the Philippines, India, Russia, Turkey, Egypt, Indonesia and, most recently, Brazil. Arguably, it has happened here in the United States with the Electoral College's selection of Donald Trump as president. Meanwhile, hard-right groups seeking such autocracy are rising fast across Europe, particularly in France, Italy, Germany, Sweden and the United Kingdom.

In a recent article for the Washington Post, Fareed Zakaria notes this trend, along with Foa and Mounk's research, and tries to analyze its cause.

"Why is this?" Zakaria writes. "The best I can guess is that we are living in times of great change economic, technological, demographic, cultural and in this swirl, people feel insecure and anxious."

But America and the world have been in the midst of "great change" many times before, including during and after two world wars, but this trend toward authoritarianism has been happening uniquely since the 1980s.

That decade saw the adoption of the radical economic and political ideologies of Thatcherism and Reaganism -- neoliberalism -- which have since swept the world's democracies. Even the European Union (with the Maastricht Treaty in 1993) has adopted neoliberal "reforms" that benefitted wealthy elites while forcing austerity on its poorer member nations, inflicting massive pain and inciting right-wing movements in Greece, Spain and Italy, among others.

In the United Kingdom, Margaret Thatcher led the way in 1978. She rejected government ownership of parts of the commons like railways, busted unions, and later argued that, "There is no such thing as society... [only] individual men and women, and... families."

Reagan came to power in 1980 with the help of vast amounts of money from corporations and the morbidly rich, made possible by the twin 1976 and 1978 Supreme Court decisions of Buckley v. Valeo and First National Bank of Boston v. Bellotti, which said that billionaires and corporations owning politicians was "free speech."

Related Topic(s): Attack On Entitlements; Billionaires; Corporations; Democracy Decay; Economic; Middle Class; Neoliberalism; Reaganomics; Trump, Add Tags
Add to My Group(s)
Go To Commenting
The views expressed herein are the sole responsibility of the author and do not necessarily reflect those of this website or its editors.