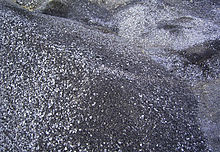 SpentShale.
(Image by (From Wikimedia) No author given in the immediate parent document [1] / , Author: See Source)   Details   Source   DMCA

"Remember $2 gas?" former House Speaker Newt Gingrich asked in 2012 as he sought the Republican Party's presidential nomination. Politicians love to remind us of low gas prices in the past and promise their return in the future.

But in early April, Reuters reports, US president Donald Trump threatened to severely curtail the US government's military relationship with Saudi Arabia unless the Organization of the Petroleum Exporting Countries (OPEC) reduced oil output to drive prices back UP.

Yes, that's right: Trump wants you to pay more for gasoline, and he's willing to use the threat of military action of a sort (withdrawing US troops and weapons systems from Saudi soil) to make that happen.

Here's a dirty little secret of American politics that's by no means unique to Trump:

American politicians also know that the American oil industry, which pumps a lot of oil out of the ground and a lot of money into political campaigns, wants gigantic subsidies.

So American politicians talk low prices to the one group while using policy to achieve high prices for the other group.

From the "oil depletion allowance" and other special tax tricks, to taxpayer-funded roads into drilling areas, to much of the US "defense" budget (why do you think US military policy for the last 40 years has been to keep the Middle East in turmoil and Iranian -- and now Venezuelan -- oil off the market?), petroleum is one of America's most subsidized industries.

The American shale extraction processes of recent decades simply can't compete with old-fashioned foreign drill-and-pump crude at market prices, so American oil lobbyists buy politicians and get them to goose the price back up whenever it falls below $50 a barrel or so.

And who knows? Absent the giant subsidies, oil might have been replaced by much more lightly subsidized "renewables" long ago.

There haven't been many bright spots in the COVID-19 panic, but for many Americans the lowest gas prices in years were a welcome bit of good news. If you had anywhere to go, you could get there for a lot less.

And that's how it would be most or all of the time if not for politics. The high gas prices you pay aren't set by the market, they're set by politicians on behalf of Big Oil.

Related Topic(s): Oil, Add Tags
Add to My Group(s)
Go To Commenting
The views expressed herein are the sole responsibility of the author and do not necessarily reflect those of this website or its editors.