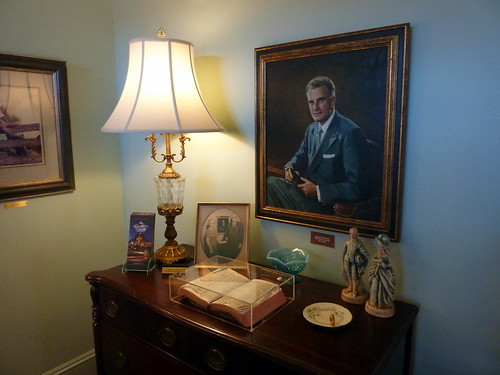 With the passing of Reverend Billy Graham just days before his one hundredth birthday, we may have officially closed the book on what Tom Brokaw so aptly called "The Greatest Generation." Billy Graham was a Christian, a conservative, and a humanist. He wasn't perfect, but unlike so many of today's evangelists, except for an accidental conversation with President Nixon for which he apologized, he refused to mix politics with his religious teaching. He was an energetic participant in the civil rights movement and unlike so many of today's phony religious elixir salesmen, Reverend Graham, like his friend Pope John Paul II, seemed to mature with age, becoming more tolerant of "non believers," offering them salvation, but ultimately leaving their fate to Jesus. He was not a man to confuse his true religion with a phony "ideology." As a "nice Jewish boy," born in Queens at approximately the same time as our current president, I do not make this statement lightly. Unlike Trump and so may of his colleagues in the "Freedom Caucus," I was brought up in a home with two parents of different political parties who did not always vote for the same candidates. In fact, each seemed to mirror his or her own preferred party's attitude, The interesting thing is that when I questioned them, it was very difficult for me to understand how their ultimate goals actually differed.

Both of my parents complained about our transportation system, my mother preferring to focus on mass transit, my father on the ambitious highway program proposed by the Eisenhower administration. While they were both in favor of civil rights legislation, my mother wanted to move more quickly while my father feared that that might lead to huge loss of lives. In answer to my question about why we didn't ship more surplus grain to India where so many were hungry, he explained how exporting huge amounts of free grain to starving countries could not only destroy the economies of other struggling countries, but could not ensure that starving people would actually ever receive the grain from their crooked governments. (Something that I later found out was a huge problem as most of the grain was sold by Indian government officials to retail grain merchants and never made it to the poor after all.) Above all, by watching my parents discuss the issues, I realized that there were usually two sides to each issue. I also noted that both political parties almost always seemed to respect the other's position enough to eventually compromise. The lone holdouts were the "Southern Democrats."

While there may have been a few exceptions, many of these holdovers from the Civil War and the "Klan" never seemed to buy into the implications of the "Greatest Generation." While many of them, to their undying credit, were willing to risk their lives in the military in foreign lands to rescue people they did not know, they too often returned to oppress minorities at home, while trying to recreate the fictitious "good old days" they had left behind. What they recreated, essentially, was the racial and ethnic bigotry of both the Civil War and the period between the world wars. Many cloaked their crimes, including cover up of rapes, murders, lynchings, and gross civil rights violations under the guise of their social order, their religion, and finally their "ideology." As an "ideology" their behaviors, in themselves not only unethical, but criminal, were tolerated by both parties as "routine" positions.

Meanwhile, despite the interference by the Southern Democrats, through hard work and cooperation incremental progress in the areas of civil rights and the rebuilding of war torn Europe and Asia was initiated by "The Greatest Generation." They even instituted an immigration program that did not discriminate against people of color. Eventually, a socially moderate Democrat named Ronald Reagan found his party a bit too far to the left and switched to the Republican Party, taking with him many valuable moderate swing voters, but unfortunately also attracting most of the "Southern Democrats" along with their anachronistic "ideology."

In the years that followed, Reagan's party accomplished a great deal, including the dissolution of the Soviet Union's Communist empire. Together with Democrats they did make economic errors, corrupted the banking industry and accumulated great debt, but together they managed to repair a great many of their mistakes. Then came the "Tea Party" movement, ostensibly a laudable attempt to control runaway spending and to lower "unnecessarily" high taxes. Democrats, unfortunately, refused to buy into the idea, leaving the door open for unilateral infestation by the old "Southern Democrats." Soon the "Tea Party" became the haven for all of the old "sins" of anachronistic bigotry, morphing into what is now called the "Freedom Caucus." Its credo includes restriction of immigrants of color, ignoring the poor, making it harder to vote, dumbing down of public education, eliminating affordable medical care, increasing military while decreasing diplomatic and economic engagement with the international community, and establishing irresponsible and lethal "stand your ground" and "wild west" gun laws. Of course, by calling themselves an "ideology" all sins, no matter how heinous are expected to be excused. They are diametrically opposed by the ultra liberal idealogues who seem to demand immediate change, often ignoring both the sins and the legitimate sensibilities of their opponents. The results are entirely too obvious with each side cherry picking idiotic aspects of the other's ideology and completely ignoring their own "sins."

I'm confident that Reverend Graham is with his friend, Jesus, in a better place now than the broken down three ring circus he was forced to leave behind. Hopefully he is with the generation he knew best in a place where people are judged by their actions and true feelings for others, a place where they are not permitted to hide their collective sins with worthless excuses called "ideologies."

Related Topic(s): Ideology Conservative; Ideology Liberal; Ideology Progressive; Ideology Very Conservative; Religion, Add Tags
Add to My Group(s)
Go To Commenting
The views expressed herein are the sole responsibility of the author and do not necessarily reflect those of this website or its editors.