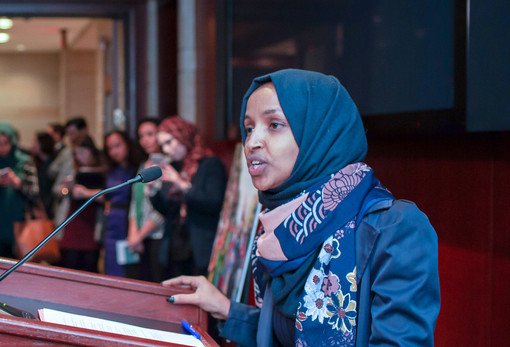 But our understanding of the Israeli decision, and the massive controversy and discussion it generated, should not stop there. Palestinians, who have been at the receiving end of racist Israeli laws, will continue to endure separation, isolation and travel restrictions long after the two Congresswomen's story dies down.

A news feature published by the British Guardian newspaper last June told the story of Palestinian children from Gaza who die alone in Makassed Hospital in Jerusalem.

Ever since Israel imposed near-complete isolation on the Gaza Strip in 2007, thousands of Palestinian patients requiring urgent medical care which is available in Palestinian East Jerusalem or elsewhere in the West Bank faced options, all of them painful. As a result, many died at home, while others waited for months, if not years, to be granted permission to leave the besieged Strip.

The Guardian reported on 56 Gaza babies who were brought to the Makassed Hospital, alas without any family accompanying them. Six of these babies died alone.

The Israeli rights group, Gisha, puts this sad reality in numbers. When the Beit Hanoun (Erez) Crossing between Gaza and Israel is not completely shut down, only 100 Gazans are allowed to cross into Israel (mostly on their way to the West Bank) per day. Before the breakout of the Second Palestinian Intifada, the Uprising of 2000, "the monthly average number of entries to Israel from Gaza by Palestinians was more than half a million."

One can only imagine the impact of such a massive reduction on the Palestinian community in the Strip in terms of work, health, education and social life.

This goes well beyond Gaza. Indeed, if there is one consistent policy that has governed Israel's relationship with Palestinians since the establishment of Israel on the ruins of Palestinian towns and villages in 1948, it is that of separation, siege and physical restrictions.

While the establishment of Israel resulted in the massive influx of Palestinian refugees who are now numbered in the millions and are still denied the right to even visit their own homeland, those who remained in Palestine were detained in small, cut off spaces, governed by an inhumane matrix of control that only grows more sophisticated with time.

Immediately after the establishment of Israel, Palestinian Christian and Muslim communities that were not ethnically cleansed by Zionist militias during the war endured years of isolation under the so-called Defense (Emergency) Regulations. The movement of Palestinians in these areas were governed by military law and the permit system.

Following the 1967 occupation of the remaining 22 percent of historic Palestine, the emergency law was also applied to East Jerusalem, the West Bank and Gaza. In fact, in the period between 1967 and 1972, all of the occupied territories were declared a "closed military area" by the Israeli army.

In the period between 1972 and 1991, Palestinian laborers were allowed entry to Israeli only to serve as Israel's cheap workforce. Hundreds of thousands of impoverished, desperate, though often well-educated Palestinians, faced the inevitable option of enduring humiliating work conditions in Israel in order to sustain their families. But even that route was closed following the First Intifada of 1987 particularly after the Iraq war in 1991. Total closure was once more imposed on all Palestinians throughout the country.

The Oslo Agreement, which was put into effect in 1994 formalized the military permit system. Oslo also divided the West Bank into three Zones, A, B, C and with the latter two (comprising nearly 83 percent of the total size of the West Bank) falling largely under total Israeli control. This ushered in yet another horrific reality as it isolated Palestinians within the West Bank from one another.

Occupied East Jerusalem also fell into the same matrix of Israeli control. After 1967, Palestinian Jerusalemites were classified into those living in area J1 Palestinians with blue cards living in areas annexed by Israel after the war and incorporated into the boundaries of the Israeli Jerusalem municipality; and J2- Palestinians residing outside the municipality area. Regardless, both communities were denied "fundamental residency rights to adequate housing and freedom of movement and their rights to health, work, (and) education," wrote Fadwa Allabadi and Tareq Hardan in the Institute for Palestinian Studies.

Related Topic(s): Intifada; Isolation; Israel; Palestinian; Rights, Add Tags
Add to My Group(s)
Go To Commenting
The views expressed herein are the sole responsibility of the author and do not necessarily reflect those of this website or its editors.