HUAWEI OFFERS TO TIE BOTH ARMS BEHIND THE BACK SO THE WEST CAN COMPETE! 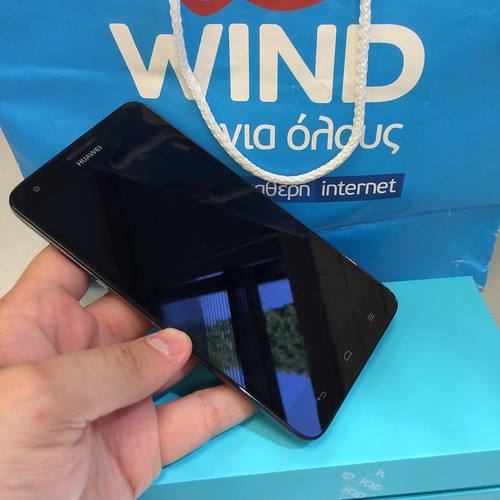 Huawei is the dominant global 5G player, it offers to sell its core technology and share its 5G base stations around the world, with the country that had the founder's daughter, Meng Wanzhou, kidnapped and imprisoned (https://www.scmp.com/news/china/diplomacy/article/3009440/huaweis-meng-wanzhou-back-court-us-pushes-extradite-her-bank)?

Whaaaaat? It's true. Huawei founder Ren Zhengfei says he is ready to sell Huawei's 5G tech to Western buyers (https://www.scmp.com/tech/big-tech/article/3026861/ren-zhengfei-says-he-ready-sell-huaweis-5g-tech-western-buyer). He clearly means Apple. In April, he offered to sell it its 5G chip, which Apple sorely needs to remain relevant in global mobile tech (https://www.marketwatch.com/story/huawei-reportedly-open-to-selling-5g-chips-to-apple-2019-04-14). Apple's CEO, Tim Cook, who is a very astute businessman indeed, didn't seem to bite, at least publicly, as I'm sure the Western deep state would crush the deal, as is explained why, below.

Ren loves Apple phones, buys them for his family (https://www.businessinsider.com/huawei-founder-ren-zhengfei-buys-apple-iphones-2019-5), asked Baba Beijing not to punish Apple and said Apple is Huawei's teacher, which in Chinese culture is the ultimate compliment (https://www.rt.com/news/460330-huawei-apple-retaliation-protest/).

That's one arm tied behind the corporate back. Huawei is willing to tie its other, by sharing its 5G base stations with competitors around the world. It made this very un-capitalist announcement at the just concluded World Energy Congress 2019 (https://www.utilities-me.com/news/13754-innovation-is-redefining-energy-huawei-launches-solutions-at-world-energy-congress-2019).

Ren Zhengfei said all of this would help level the playing field in global telecommunications. In other words, Huawei is the only turnkey total-5G provider on the world stage (https://chinarising.puntopress.com/2018/12/19/us-trying-to-sabotage-huawei-zte-and-sino-5g-too-late-game-over-china-rising-radio-sinoland-181219/ and https://chinarising.puntopress.com/2018/12/21/60-seconds-over-sinoland-huawei-redux-omg-uncle-sam-co-are-way-more-screwed-than-i-thought/), yet it is willing to tie both arms behind the back, as a gesture of China's millennial, win-win business and mutually beneficial cooperation, so that humanity can progress. Every capitalist on Earth would use this opportunity to create a monopoly, fix prices and plunder the planet. It's their modus operandi. Always has been. Always will be.

In spite of the mobster sanctions coming out of Washington, Huawei is thriving in 5G, microchips, mobile tech and keeps on reporting healthy profits (https://www.huawei.com/en/press-events/news/2019/7/huawei-announces-h1-2019-revenue). Why? Because, it is a 188,000-employee-owned company based in communist-socialist China. Imperial-capitalist Eurangloland can't compete against communism-socialism. End of story (http://chinarising.puntopress.com/2017/10/25/how-can-western-capitalism-beat-this-thats-the-rub-it-cant-china-rising-radio-sinoland-171022/).

This truism is reinforced by Huawei's generous offers. Ren obviously has tremendous confidence in his company, its leaders and employees, as well as China and its outstanding, responsive, citizen-oriented governance and democracy (https://chinarising.puntopress.com/search/?q=democracy).

But it gets juicier. Read on. Ren is even trying to allay the West's fears that it cannot watch and record every sentient being on Planet Earth. In offering Huawei's total package, he said (https://youtu.be/LUUwK3DxGlA),

When we transfer the tech, they can modify code on top of my tech, once that's through, it's not only shielded from me, it's shielded from everyone else in the world" US 5G will be their own thing, there's no security concern, the only concern will be the U.S. keeping American companies (which bought it) in check.

This means Huawei is ready to sell its licenses, codes, patents and blueprints, so US companies can make 5G that the CIA, NSA, DIA and the rest of Western spydom can vacuum, to watch and record your every move. This would mean we have two world 5G systems, Western empire's and China's. Neither could spy on the other. This is why the global elites are doing everything they can to threaten, extort and blackmail its client states, which includes Eurangloland, Israel, Japan, South Korea and all the others, to not use Huawei's 5G tech, otherwise those countries' citizens would be able to go to bathroom and make love without Five Eyes (https://www.cyberghostvpn.com/privacyhub/five-eyes/) recording them every second of the way. Ren even offered to sign a no-surveillance, no-spying, no-backdoors pact with each country. Get a load of that.

This is what Ren meant when he said, "the only concern will be the U.S. [meaning Five Eyes] keeping American companies (which bought it) in check [emphasis mine]. He knows the West's deep state is going to put backdoors in all the equipment used among their cowed and browbeaten "allies" (read vassal states).

A few US lapdogs are trying to keep working with Huawei, as they too are sick and tired of their leaders, governments, businesses and people being probed 24/7, with an espionage proctoscope up their collective backsides (https://www.channele2e.com/business/enterprise/huawei-banned-in-which-countries/). Germany, France and other doormat states have caught Five Eyes listening to their leaders' phone calls, and know it is still snooping across the board, in government and corporations, in spite of all the public denials. Instead, they can jigger Huawei's 5G to keep out Baba Beijing AND know that Angela Merkel and Emmanuel Macron, or two CEOs can have a conversation that is not being saved onto the CIA's and NSA's computers, to use for bribery, extortion and blackmail throughout their halls of government and business.

Related Topic(s): Huawei, Add Tags
Add to My Group(s)
Go To Commenting
The views expressed herein are the sole responsibility of the author and do not necessarily reflect those of this website or its editors.