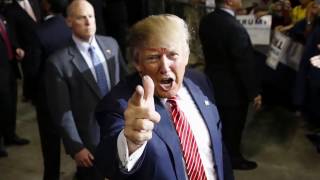 In the age of Trump, American diplomacy seems to have died. After two years in the White House, the US president has alienated countless world leaders, including close allies.

The latest spat over his desire to "buy" Greenland, as if it were a piece of real estate, raises public questions over Trump's sanity. The embarrassment among the urbane American political class from having such an uncouth president is acute.

Diplomacy and mediation require respect, historical knowledge, and empathy the latter being the ability to see the perspective of others without necessarily agreeing with them. Trump shows none of these qualities. And with the diplomatic corps having been gutted of personnel during his presidency, there is little recourse for wiser counsel to offset this president's boorish, bullying manner.

Trump's mercurial character makes him unreliable as a partner. He is prone to turning nasty on a dime even to people whom he has at one time lauded as being friendly with. Witness his erratic behavior towards Chinese President Xi Jinping or French leader Emmanuel Macron. Trump seems to have no brake for his big mouth, or care about the consequences.

When he was hosting Pakistan's Prime Minister Imran Khan in the Oval Office earlier this month, Trump announced that Indian leader Narendra Modi had requested his mediation over the long-running Kashmir dispute. It was an explosive claim by Trump, which Modi's office vehemently denied, as India has repeatedly refused to entertain any international intervention over the territory which would dilute its authority. Trump's clumsy interpolation has triggered the rush by India to tighten its control over Kashmir and the worrying escalation of cross-border shooting between Indian and Pakistani troops.

The two nuclear-armed states have gone to war on two occasions before over Kashmir. Trump's cack-handed offer of "mediation" has brought the danger of war to a new threshold.

The trouble with Trump is not just his propensity for making stuff up, or more bluntly, lying. It is also his woeful ignorance of international affairs and history. Such ignorance for the commander-in-chief of the world's biggest military power is frightful. Never mind foreign affairs, this president doesn't even know the history of his own nation. During his 4th of July address when he described American revolutionary forces "taking over airports" from the British colonial power in the 1770s War of Independence.

His supposed showpiece for international peace mediation concerning Israel and Palestine has turned out like of lot Trump's initiatives, empty bluster and hype signifying nothing. The so-called "deal of the century" is an astounding betrayal of Palestinian rights and an equally shocking endorsement of expanding illegal Israeli occupation.

Trump's call last week for US Congresswomen Rashida Tlaib and Omar Ilhan to be banned from visiting the West Bank territory was an egregious display of how ignorant and biased this White House is on a key source of conflict in the Middle East.

No wonder Palestinian leaders refuse to engage with the Trump administration, in admission that US "mediation" is utterly futile and indeed injurious to their desire for nationhood.

In truth, decades of US diplomacy and mediation in the Middle East have been in effect futile for bringing about a just and peaceful settlement. Administrations from Carter, to Clinton, to Obama, have been adept at paying empathetic lip service to Palestinian grievances. But the purported peace efforts have delivered nothing for Palestinians because fundamentally Washington sponsors the Israeli occupation. What Trump is doing is just making the American incompetence at diplomacy explicit. That's why elite US establishment figures are vexed by Trump. He is spoiling the carefully-crafted image of America's supposed moral authority and world leadership.

Trump's lack of general world knowledge seems to know no bounds. For a time his maverick personality can seem to work a charm on foreign counterparts. But eventually, the titanic tin ear of this real-estate-mogul-turned-president leads to trouble.

His brazen calls for Britain to go for a "hard Brexit" from Europe is further alienating US relations with Europe, particularly Germany. German media reports this week deplore how relations between Washington and Berlin are at an all-time low. That has been exacerbated by Trump's relentless haranguing for not spending more on military, as if 50,000 US troops stationed in Germany are there for chivalrous protection of the country.

Related Topic(s): Ignorance; Trump Against Democracy; Trump Bully In Chief; Trump Dangerous; Trump Selfishness; Trump Unwelcome; World Issues; World Leaders; World Opinion, Add Tags
Add to My Group(s)
Go To Commenting
The views expressed herein are the sole responsibility of the author and do not necessarily reflect those of this website or its editors.