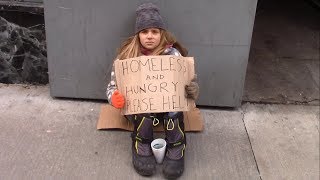 People being killed by wildfires in California and people dying because they can't afford their insulin are the same thing. Both represent the capture of government by corporations -- in other words, both are symptoms of democracy in the United States being replaced by a corporate state with little regard for morality, life or the law.

In 1976, for the first time in America's history, five conservatives on the U.S. Supreme Court ruled that rich people owning their own personal politicians was constitutionally protected because the money they were using to buy legislators and legislation was "free speech." The case was Buckley v. Valeo. In 1978, SCOTUS extended that logic to corporations in First National Bank of Boston v. Bellotti.

The result was predictable. Rich people and corporations rose up and took over the government, as money poured into Reagan's coffers and the corporate-funded GOP began to dominate the American political scene. And, also predictably, the most predatory and least scrupulous among those billionaires and corporations ended up with the most influence.

This Supreme Court-written law, reaffirmed in 2010's Citizens United decision, was never proposed by any legislature, governor, or president, and, in fact, struck down a series of "good government" laws restricting money in politics that went all the way back to 1907.

And it has largely reduced democracy in the United States to its trappings. The public is engaged in a series of rather empty rituals, at least for the moment.

A representative democracy, of course, is generally agreed to mean that the majority of the people vote for what they want from government and most often then get it via the people they elected. When the majority wanted, for example, the right to unionize, a minimum wage, unemployment insurance, Social Security, civil rights laws, and Medicare, our government brought those things into existence.

All that was, of course, before the Supreme Court eradicated what democracy we had in 1976 and 1978.

Those decisions brought a river of money into politics and thus swept Reagan into office. He did pretty much everything his donors wanted and screwed the rest of us.

The corporate and billionaire takeover of the American government that began with Reagan in 1981 (based on the Supreme Court decisions of 1976 and 1978) has gotten more complete and more brazen with every election.

In 2014, Martin Gilens and Benjamin I. Page, professors at Princeton and Northwestern universities, respectively, published an extraordinary study that found that in this post-Reagan era, the political goals -- the legislative outcomes hoped for -- of Americans in the bottom 90 percent of income were, essentially, ignored by the U.S. Congress and presidency, at least when it came to actually passing and signing legislation. The probability of their wants and needs being addressed legislatively was even less likely than random chance.

The political goals of the top 10 percent, however, predictably happened, with the most elite and wealthy Americans getting the legislation they wanted, when they wanted it.

This is not democracy; it's oligarchy or, at the very least, a corporate state. President Franklin D. Roosevelt challenged the corporate state that had emerged in the deregulated Hoover administration head-on, and his efforts largely kept it under control until the Reagan era.

"[T]he liberty of a democracy is not safe if the people tolerate the growth of private power to a point where it becomes stronger than their democratic state itself. That, in its essence, is fascism -- ownership of government by an individual, by a group, or by any other controlling private power."

Related Topic(s): American_History; Court Decision; Democracy; Politics; Supreme Court Hypocrisy, Add Tags
Add to My Group(s)
Go To Commenting
The views expressed herein are the sole responsibility of the author and do not necessarily reflect those of this website or its editors.