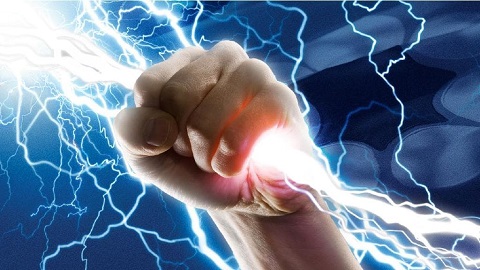 If one thing drives me to write, especially these blog posts, it is the urgent need for us to start understanding power. Power is the force that shapes almost everything about our lives and our deaths. There is no more important issue. Understanding power and overcoming it through that understanding is the only path to liberation we can take as individuals, as societies, and as a species.

Which is why it should be simply astonishing that no one in the media, supposedly a free marketplace of ideas, ever directly addresses matters of power beyond the shadow play of party politics and celebrity scandals.

And yet, of course, this lack of interest in analysing and understanding power is not surprising at all. Because the corporate media is the key tool or seen another way, the central expression of power.

That is why true power makes itself as invisible and as inscrutable as it can. Like a mushroom, power can grow only in darkness. That is why it is the hardest thing to write about in ways that are intelligible to those under its spell, which is most of us, most of the time. Because power coopts language, words are inadequate to the task of describing the story of real power.

Ripples on the surface

Notice I refer to power, not the powerful, because power should be understood more as an idea made flesh, an ideological matrix of structures, a way of understanding the world, than a set of people or a cabal. It has its own logic separate from the people who are considered powerful. Yes, politicians, celebrities, royalty, bankers and CEOs are part of its physical expression. But they are not power, precisely because those individuals are visible. The very visibility of their power makes them vulnerable and potentially expendable the very opposite of power.

The current predicaments of Prince Andrew in Britain or Harvey Weinstein in the US are illustrative of the vagaries of being powerful, while telling us little meaningful about power itself. Conversely, there is a truth in the self-serving story of those in power the corporate executives of an Exxon or a BP who note, on the rare occasions they face a little scrutiny, that if they refused to do their jobs, to oversee the destruction of the planet, someone else would quickly step in to fill their shoes.

Rather than thinking in terms of individuals, power is better visualised as the deep waters of a lake, while the powerful are simply the ripples on the surface. The ripples come and go, but the vast body of water below remains untouched.

Superficially, the means by which power conceals itself is through stories. Its needs narratives mainly about those who appear powerful to create political and social dramas that distract us from thinking about deep power. But more fundamentally still, power depends on ideology. Ideology cloaks power in a real sense, it is power because it is the source of power's invisibility.

Ideology provides the assumptions that drive our perceptions of the world, that prevent us from questioning why some people were apparently born to rule, or have been allowed to enclose vast estates of what was once everyone's land, or hoard masses of inherited wealth, or are celebrated for exploiting large numbers of workers, or get away with choking the planet to the point at which life itself asphyxiates.

Phrased like that, none of these practices seems natural. In fact, to a visiting Martian they would look pathologically insane, an irrefutable proof of our self-destructiveness as a species. But these conditions are the unexamined background to our lives , just the way things are and maybe always were. The system.

Related Topic(s): Corporate; Creative Power; Democratic; Money And Power; People Power; Politicians; Power; Powers That Be; Princes Of Power; Republican; (more...) Truth; Truth To Power; US Power Influence Clout, Add Tags  (less...)
Add to My Group(s)
Go To Commenting
The views expressed herein are the sole responsibility of the author and do not necessarily reflect those of this website or its editors.