The president reduced his tax bill by writing off large payments to his daughter. He calls it "smart" -- tax lawyers call it criminal. 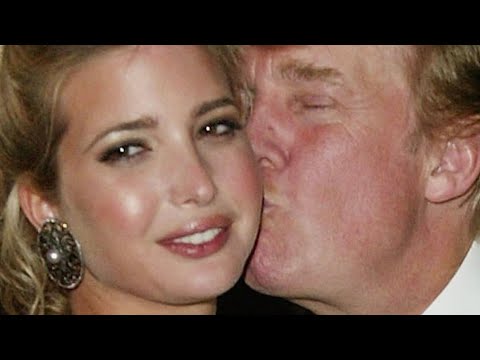 The Truth About Ivanka's Relationship With Donald Trump.
(Image by YouTube, Channel: Nicki Swift)   Details   DMCA
The warmest and fuzziest phrase in the political folklore of American capitalism? "Family-owned business"!

These few words evoke everything people like and admire about the U.S. economy. The always welcoming luncheonette. The barbershop where you can still get a haircut, with a generous tip, for less than $20. The corner candy store.

But "family-owned businesses" have a dark side, too, as we see all too clearly in the Trump Organization. We now know -- thanks to the landmark New York Times expose' on Trump's taxes -- far more about this sordid empire than ever before.

Put simply, the report shows how great wealth gives wealthy families the power to get away with greed grabs that would plunge more modest families into the deepest of hot water.

Let's imagine, for a moment, a family that runs a popular neighborhood pizza parlor. Melting mozzarella clears this family-owned business $100,000 a year. The family owes and pays federal income taxes on all this income.

Now let's suppose they had a conniving neighbor who one day suggested that he knew how the family could easily cut its annual tax bill by thousands.

All the family needed to do: hire its teenage daughter as a "consultant" -- at $20,000 a year -- and then deduct that "consulting fee" as a business expense. That move would sink the family's taxable income yet keep all its real income in the family.

The ma and pa of this local pizza palace listen to all this, absolutely horrified. Their daughter, they point out, knows nothing about making pizzas. How could she be a consultant? Pretending she was, ma and pa scolded, would be committing tax fraud.

The chastened neighbor slinks away.

Donald Trump goes by a different standard. Between 2010 and 2018, Trump's hotel projects around the world cleared an income of well over $100 million. On his tax returns, Trump claimed $26 million in "consulting" expenses, about 20 percent of all the income he made on these hotel deals.

Who received all these "consulting" dollars? Trump's tax returns don't say. But New York Times reporters found that Ivanka Trump had collected consulting fees for $747,622 -- the exact sum her father's tax return claimed as a consultant-fee tax deduction for hotel projects in Vancouver and Hawaii.

All the $26.2 million in Trump hotel project consulting fees, a CNN analysis points out, may well have gone to Ivanka or her siblings.

More evidence of the Trump consulting hanky-panky: People with direct involvement in the various hotel projects where big bucks went for consulting, the New York Times notes, "expressed bafflement when asked about consultants on the project." They told the Times they never interacted with any consultants.

The New York Times determination: "Trump reduced his taxable income by treating a family member as a consultant and then deducting the fee as a cost of doing business."

Related Topic(s): Expose; Families; Ivanka Trump; Trump Con; Trump Scandal; Trump Tax Returns; Trump Tax-cut Scam, Add Tags
Add to My Group(s)
Go To Commenting
The views expressed herein are the sole responsibility of the author and do not necessarily reflect those of this website or its editors.