By Greg Palast and Mike Papantonio 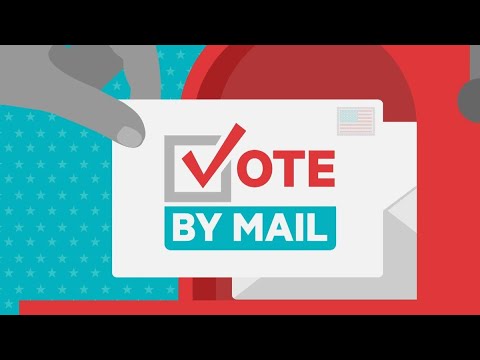 The Postal Service nearly imploded with mail in ballots in 2016; with the Forever Trumper as Postmaster General, mailing your ballot in 2020 is playing Russian Roulette with your vote.

But since voting in-person on Election Day can kill you, to avoid the pitfalls of vote by mail, get your absentee ballot from your local county Board of Elections and return it there. Or, use drop boxes in states that have them. Otherwise, ask for your ballot at least 8 weeks before the election. In most states, you can take the mail-in ballot to an early polling stationand safely drop it off.

In this interview America's Lawyer host Mike Papantonio and Palast discuss the looming vote by mail crisis that could decide the 2020 election.

Mike Papantonio: Voter suppression efforts have been ramping up as the 2020 election inches closer. And if they're successful, these attempts to stop voters could definitely change the outcome of the election. Joining me to talk about that is Greg Palast. award-winning investigative journalist and author of How Trump's Stole 2020 - interesting title.

Greg. I tell everybody, I think I've interviewed you for about every book you've written. This one, this is an important book, which tells me that mainstream media, corporate media is not paying attention to it probably. Am I right?

Greg Palast: You mean the, they see no evil, hear no evil, say no evil press? Yeah, I think so., yes. Thank you. That's why I appreciate you on your program.

Papantonio: Let's start with the elephant in the room, the vote by mail. A lot of developments there in the past few days. Tell us what this administration's done and give us the whole Greg Palast vote by mail 10,000 foot, so we can move on to the next question. What's your take?

Palast: Wow. Okay. Here's the problem. 22% of all mail in ballots don't get counted. That's an MIT study. That's not Greg Palast. A one in five ballots is junked. Now, how does that happen? One in 10 people never get their ballot who've asked for them. By the way, that's why we had those long lines in Georgia, those are African Americans in Atlanta who never got their mail in ballots, but it requested them. Including, by the way, the husband of the head of the ACLU in Georgia. So people don't get their ballot, that's number one. And number two, once you send them in, one in 10 is junked for any type of reason. Anyone can challenge your ballot in America. They don't like your signature, you didn't put your middle initial when you signed and you registered with the middle initial. Postage due cost a hundred thousand votes in 2016. 3.3 million ballots in 2016 that were mailed in were never counted"

Papantonio: What we have here is an election that's tightening up. The Democrats thought they had the leisure of Biden's double digit lead. It's shrinking as we speak. It's shrinking in states that really matter, swing States. But the Democrats, I literally heard James Carville say, well, Biden can just stay down in the cellar and he's going to win this election. Doesn't that sound a lot like what they were talking about with Hillary Clinton? So I wonder, the vote by mail could be important. How safe is vote by mail? How safe is it?

Palast: Not in the least and this is the big problem. Because you can have all these jerks in Hawaiian shirts, the Boogaloo Boys, the Proud Boys, they're going to go in" Trump's calling for 50,000 volunteers. It's not an intimidation army. People have that wrong. The real danger's that are going to go in and say, I don't like that signature on that ballot. That ballot was taped shut instead of a sealed shut by licking the envelope. I'm not kidding. And if you think it's just Republicans who do that, in New York this past last week the Democratic Party challenged the counting of 28,000 mail-in ballots, the Democratic Party. Once they established that precedent, how many ballots do you think Trump's people will challenge? How many millions I should say. So it's not safe to mail in your ballot.

Papantonio: Where do we get this idea? You're a great investigative journalist. I got to tell you, I follow your stuff. When you say something and put it down on paper, I can count on it. But what I always have wondered is where do we get this idea that the Democrats are going to be better on this than the Republicans? Because I'm hearing these spots of what you're describing, like what took place in New York, what took place in the primary elections, where there was a Democratic hustle on trying to get rid of Bernie. What makes you think there's going to be any difference here?

Palast: Well, two things.. Number one, yeah, the Democrats do it too. In fact, in my book, I have a chapter called "California Reamin'" and for The Guardian I uncovered, are you ready for this? Bernie Sanders was shafted out of 553,000 votes in the March primary here where I'm speaking from in California. That's what Democratic Party did. But nationwide, what you have is a mass wipe out of voters by the Republicans. We've had a big purge of the voter list. 16.7 million people, according to the federal government, have been erased from the voter rolls. They're going to have a tough time getting their mail-in ballots if you're not on the voter rolls. And the Republicans have learned from the Democrats in New York and the Democrats in California and throughout the nation they're going to be challenging every single mail-in ballot that comes in.

Greg Palastâ€™s investigative reports appear in Rolling Stone, the Guardian and on BBC Television. His latest film, The Best Democracy Money Can Buy, on how Donald Trump stole the 2016 election, is available on Amazon. Palast is Patron of the (more...)
Related Topic(s): 2020; Democracy; Media; Trump; Vote By Mail; Vote Rigging; Voter Disenfranchisement, Add Tags
Add to My Group(s)
Go To Commenting
The views expressed herein are the sole responsibility of the author and do not necessarily reflect those of this website or its editors.