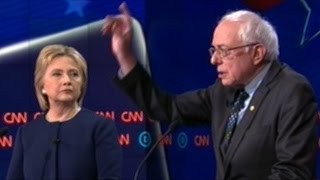 The Best Democracy Money Can Buy: The Election Crimes Bulletin

Alert! California poll workers have been told to give all independent voters "provisional" ballots if they want to vote in Democratic Party. That's illegal -- and will insure that Sanders voters' ballots end up in the garbage, uncounted.

A special bulletin for California voters. And for the rest of you, how this same trickery -- shifting voters to provisional ballots which are rarely counted -- can steal the White House and Congress for the GOP in November.

Here's the 411. If you're registered as an independent voter in California, you have the right to vote in the Democratic Presidential Primary. Just ask for the ballot. But look out! Reports out of Orange County are that some poll workers have been told to give "No Party Preference" (NPP), independent voters, PROVISIONAL ballots as opposed to regular ballots.

Voter, BEWARE! Do NOT accept a PROVISIONAL BALLOT! They're really "Placebo Ballots" -- they give you the satisfaction of feeling like you've voted, without the inconvenience of anyone actually having to count them!

And for our readers in the other 49 states: You can bet that the GOP will be shunting voters to these placebo provisional ballots in November. In the last election, over two MILLION voters, overwhelmingly voters of color, were shifted to these rarely-counted ballots. That's how you steal elections.

No, I'm not promoting Bernie, nor Ernie, nor anyone. I'm promoting democracy. Let's make sure your vote counts. Read on (or listen in) while Dennis Bernstein and I take you through that ugly sausage factory calling the American voting system."

Dennis Bernstein: Greg, welcome back. This week we'll focus on what Greg calls placebo ballots, which are incredibly relevant to the upcoming California primary.

Greg Palast: Glad to be here for the bulletin. But I want to call it the alert, because I want people to wake up, get alert, and find out what's happening in California and nationwide so you don't lose your vote.

DB: You've done a lot of research on the provisional ballot.

Palast: If you don't know what a provisional ballot is, you are probably white. I call them placebo ballots. They were created by George Bush and Karl Rove after they swiped Florida in 2000. The Congressional Black Caucus was very upset that people were not able to vote because they were falsely removed from the voter roles for all kinds of cockamamie reasons. So they said, "If your name is not on the voter roles, you should still be able to vote provisionally. They can check your records and count your vote later so you don't lose your vote." They passed the provisional ballots through the Help America Vote Act. You can imagine, Dennis, what happens when George Bush says he's going to help us vote. People won the right to a provisional ballot, but we didn't win the right to have them counted. They rarely are. That's why I call them placebo ballots. They say you can't vote here, but you can fill out a provisional ballot. You think if you filled out a provisional ballot, sign it and stick it in the envelope, it's counted. It isn't. The chances they'll count it are minimal. It's like voting, but it's not voting.

What does that have to do with California? I am currently reporting from Southern California, and there's an Ashley Beck, who is a poll worker in conservative Orange County. She was being trained with other poll workers, and they were given some very strange information. In the California primary, the independent voters registered as NPP, or no party preference, can vote in the Democratic primary. They can ask for a ballot and they are allowed to vote. The Orange County poll workers were told if NPP voters ask for a Democratic Party ballot to vote for Bernie or Hillary, they are not to be given regular ballots, but provisional ballots. This shook up Ashley:

Greg Palast's investigative reports appear in Rolling Stone, the Guardian and on BBC Television. His latest film, The Best Democracy Money Can Buy, on how Donald Trump stole the 2016 election, is available on Amazon. Palast is Patron of the Trinity (more...)
Related Topic(s): Bernie Sanders; California Politics; California Primary 2016; Hillary Clinton; Placebos; Voting, Add Tags
Add to My Group(s)
Go To Commenting
The views expressed herein are the sole responsibility of the author and do not necessarily reflect those of this website or its editors.