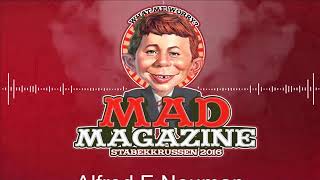 Actually I thought it was just a good prank,Slipping my mug into the Democrats' rank,Presenting myself as one more contender,One more pale face as a blue-suit pretender,For a down-the-pub laugh, YouTube repartee,But it worked out OK, as soon you will see.. I called a campaign and said, "You're boy's been switched,To the second group t'is that his night's been hitched."I arrived on time, got made-up like the rest,Put at a lectern and shook hands with true zest,Bernie said civil, "Phil? I don't think we've met.""It's quite a crowd, Bern', but now we're all set.". The host frowned at me, I thought up was the jig,But then with sly wink he said he liked my wig,The show began, me between Bull' and the Loop,And when they asked me how to beat the Big Poop,I said, "Sometimes you gotta fight fire with fire,"Call Don a balding and cuckolded liar.". Well! I took flak for that: left, right and center,When I got the ball back I tried to enterCompletely new ground in our Dem debate, Mentioning a point past which the rest skate:"Medicare for all? A new Flint doesn't hap'?Cut Defense by half and make Homeland S. scrap.". Another bombshell! And the rest did me flay,Making sure I'd ne'er see the new light of day,Our defense was sacred, our homeland attacked!How could I say this with no reason or tact?"Defense," said I, "keeps working the wrong mission:The Twin Towers, my friends, was controlled demolition.". OOOF! Cream pies and stones flew, along with some bricks,Delaney and Klobuchar got in several kicks,Never have Democrats been so united,As when I averred that they were benighted,But the last laugh was mine when the polls were heard,Behind Bernie and Liz, your boy came in third.

Related Topic(s): Democrats; Satire, Add Tags
Add to My Group(s)
Go To Commenting
The views expressed herein are the sole responsibility of the author and do not necessarily reflect those of this website or its editors.