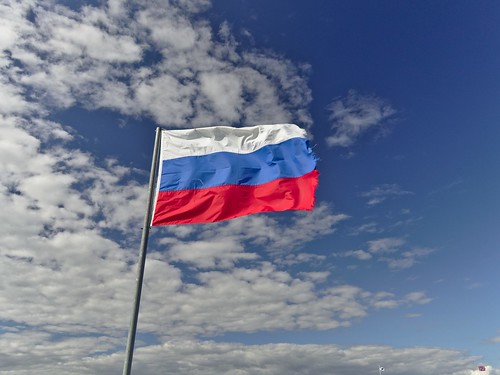 We hear a lot about Russia being a dictatorship under Vladimir Putin. It is said frequently by U.S. media commentators that there is no democracy, free media, or substantive rule of law in the country. The reality is much more complicated. Moreover, what Russians actually think about these aspects of their country and what the historical context of democracy is in Russia is rarely explored in any depth.

The History of Russian Dictatorship and Democracy

A 2015 pol l by the western-funded Levada Center revealed that 66 percent of Russians feel free and 68 percent don't believe it is likely that Russia will return to dictatorship. Russians have a thousand year history of authoritarian rule and they know what real dictators act like. Despite the relentless focus most western media has on the travails of a small group of liberal oppositionists who are actually unpopular in Russia, life under Putin represents the most democratic period (however flawed) in Russian history, excerpt for very brief periods after the February 1917 Revolution and the perestroika/glasnost period under Mikhail Gorbachev. The former lasted less than a year and the latter about 5-7 years.

Most American politicians and commentators tend to assume that a democracy must be a system similar to what the U.S. has which reflects neoliberal American values. This means a free market economy with a political system that favors the individual and minimal socioeconomic protections from the state. Russians, however, prioritize values differently and this affects what democracy will look like to them.

Surveys consistently show that Russians value social justice over individual achievement and political rights. In 2014, Russians were asked whether they would rather live in a society that prioritized social equality or individual attainment of success. Over 60 percent chose the former. Another Levada poll from this month revealed that only 16 percent favor a western style democracy compared to 49 percent who favor a system more like the Soviet one. Furthermore, 62 percent favor an economic system based on state planning and redistribution compared to 24 percent who prefer a free market economy. Russian youth also support a robust socioeconomic system provided by the state. In focused surveys, one of a handful of things Russians across the political spectrum agreed on included the need for strong welfare state programs.

Agreement on these points among traditionalists, Putin supporters, youth and liberals underscores that these values don't simply reflect a throwback to the communist era - although that is a factor for some older people who have positive memories of the state social programs of that period. There is a long history of valuing the collective good that predates communism. In fact, the collective is mentioned in the Kremlin's new National Security Strategy as an important traditional value. Though the Soviet lifestyle may have been austere with few consumer goods compared to the U.S., in the context of Russian history, the era represented great material progress for the average Russian who had previously toiled as a peasant.

Sharon Tennison, founder of the citizen diplomacy group Center for Citizen Initiatives, has traveled regularly all over Russia since 1983 and described the Russian ethos on democracy and social justice:

"Most [Russians] are interested in something akin to a social democracy with elected leaders, social services such as free and excellent education for all (including higher education), some form of dependable public health care along with private health care for those who can afford it, and a high level of classical culture nationwide" .Democracy is developing in Russia, but it always will be laced with socialism."

Until the post-Soviet era, there was not a long tradition of Russians being viewed as citizens with individual rights but they were instead granted some degree of social protections and stability in exchange for acquiescence to authoritarian rule. There was the concept of group rights and duties in the tsarist era up until the 1860's and then dependent rights in the Soviet era, which meant that citizens were granted socioeconomic rights in exchange for performing their duties to the state.

Russia's first constitution came about as the result of the Russian Revolution of 1905. But it was effectively revoked in 1917, along with several legal reforms instituted by Tsar Alexander II in 1864, including the right to trial by jury with independent judges overseeing cases.

The current constitution of 1993 resulted from the dramatic showdown between then-president Boris Yeltsin and the parliament. Yeltsin had dissolved parliament after members refused to continue to allow him to rule by decree, threatening impeachment for abuse of power. The confrontation ended with a military attack on the parliament building, leading to hundreds of casualties. Yeltsin then suspended the existing constitution.

In order to prevent any future such challenge to presidential power, Yeltsin engineered the design of a constitution with a defanged parliament that would essentially serve as a rubber stamp for the president's prerogatives. This event, along with the economic devastation and criminal chaos that marked Yeltsin's rule, meant that the period of democratic possibility begun under Gorbachev had largely evaporated.

Though it doesn't fit with the overly simplistic portrayal in western media, Putin did begin a process of expanding the rule of law and broadening individual legal rights during his first two terms as president.

Related Topic(s): Democracy; Putin; Russia; Russia Bashing, Add Tags
Add to My Group(s)
Go To Commenting
The views expressed herein are the sole responsibility of the author and do not necessarily reflect those of this website or its editors.