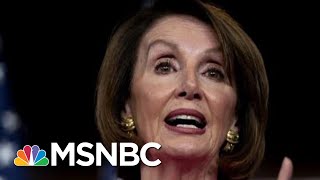 By a near-party-line vote Friday, the Democratic-controlled House of Representatives approved the National Defense Authorization Act, providing $733 billion for the Pentagon, with the bulk of the spending directed toward preparing the US military for future wars with China and Russia.

Not a single Republican House member voted for the bill, which passed 220-197, because they objected to a series of "progressive" amendments incorporated into the NDAA to ensure a top-heavy Democratic vote for the overall legislation.

All of these amendments will be stripped out of the bill in the House-Senate Conference Committee, which will now ensue. The resulting military authorization bill will come back to the House as unamendable "must pass" legislation, which most "progressive" Democrats will claim they have no choice but to support.

The amendments approved included one barring President Trump from waging war on Iran without congressional approval. A similar amendment has already been defeated in the Senate.

Others on the wish list include repeal of the 2002 Authorization for the Use of Military Force, the legal basis for the Bush administration's invasion of Iraq; a one-year prohibition for using US military funds to support the Saudi-led war in Yemen; a provision blocking the deployment of low-yield nuclear weapons on US submarines; another barring the transfer of new prisoners to the Guantanamo Bay prison; reinstatement of eligibility for military service of transgendered soldiers; and a ban on the use of Defense Department funds to build Trump's wall on the US-Mexico border or to house people detained by Immigration and Customs Enforcement.

There were a few obvious slaps at Trump personally, including a ban on the use of Pentagon funds for political parades or to pay for the use of Trump-owned properties.

In the unlikely event that any of these amendments survive the conference committee, President Trump has already threatened to veto final legislation that contains them.

More significant were the amendments that the Democratic leadership successfully blocked, especially one to reduce the overall funding level by $16.8 billion. This was voted down by an overwhelming 307115 margin, with about half of the House Democrats voting to reject the amendment. The final "debate" in the House-Senate Conference Committee will thus be between the Senate figure of $750 billion, the largest amount ever allocated to the Pentagon, and the House figure of $733 billion, the second largest such amount.

Also defeated were amendments to bar Pentagon funds from being used to pay for the detention of children and other undocumented immigrants by Customs and Border Protection, and to bar the deployment of federal troops to the US-Mexico border.

One amendment, introduced by Republican Representative Mike Gallagher of Wisconsin and passed in a bipartisan vote, would reinforce the blacklisting of the Chinese telecom giant Huawei. Trump recently indicated that he would relax the ban on US companies trading with Huawei, imposed earlier this year, but the amendment backed by Democrats and Republicans alike would require the Commerce Department to certify that Huawei does not pose a threat to the security of the US telecommunications infrastructure before the ban could be lifted.

House Majority Leader Steny Hoyer crowed about the near-unanimous Democratic vote for the NDAA. "The big picture is, it shows we're together," he said. "This bill, it was a tough number for a lot of people, but what they were saying was: They wanted to have us unified."

House Armed Services Committee Chair Adam Smith of Washington State refused to answer reporters' questions about the likely fate of the liberal amendments in the House-Senate Conference Committee that he will co-chair. "I'm not going to answer a hypothetical like that," he said, in response to a question about choosing between the amendments and passing the bill. But he reiterated his commitment to winning final passage of the NDAA.

Assuming the NDAA passes on time, it would mark the 60th consecutive year that Congress has accomplished that feat. For all the media chatter about gridlock and supposedly unbridgeable differences between the Democrats and Republicans in Washington, the two capitalist parties are united in insuring the vital interests of American imperialism. They can squabble mightily about comparatively small amounts of money while rubber-stamping three-quarters of a trillion dollars to sustain the biggest and most lethal military machine in world history.

Patrick Martin writes for the World Socialist Website (wsws.org), a forum for socialist ideas & analysis & published by the International Committee of the Fourth International (ICFI).
Related Topic(s): Democrats; House Of Represenatives; Legislation; Military Spending; Pentagon, Add Tags
Add to My Group(s)
Go To Commenting
The views expressed herein are the sole responsibility of the author and do not necessarily reflect those of this website or its editors.