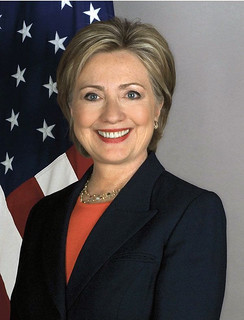 An unemployed Romanian taxi driver hacked into the email account of former Bill Clinton aide, Sid Blumenthal, according to several news reports back in March 2013. In spite of the fact that the hacker, "Guccifer," distributed copies of email correspondence between Blumenthal and Hillary Clinton during her tenure as Secretary of State, and which appeared to include sensitive information about Benghazi, this did not seem to cause much interest at the time.

Guccifer more recently released some previously unpublished doodles by former President Clinton which also indicated that he had breached the account.

Hillary and some of her staff insist that everything was above board. But others believe that her unsecured server may have allowed a major breach in US security. It is suspected by some that other countries such as Germany, China and Russia may have more of Hillary's missing emails than the US does.

No one seems to be sure how much more the hacker might have collected or disbursed, or if other hackers may have gotten into the server. However, on Monday Judge Andrew Napolitano told Megyn Kelly that the Kremlin says it is considering releasing "the 20,000 of Mrs. Clinton's emails that they have hacked into."

It's a tangled web, with so many details coming in at different times, that it is hard to keep up with it, and difficult to understand how new information may fit in with what is already known.

Enter a voice of clarification: The Clinton Email Scandal Timeline by Paul Thompson.

Thompson is author of The Terror Timeline, (Harper Collins, 2004) about Islamic terrorism during the Bush Administration.

His Clinton Email Scandal Timeline is a neutral, nonpartisan summary of facts which are simply lined up in chronological order. He offers a choice of short, medium and long versions designed to fit the reader's personal timeline!

Related Topic(s): Guccifer; Hillary Clinton; Hillary Server; Kremlin, Add Tags
Add to My Group(s)
Go To Commenting
The views expressed herein are the sole responsibility of the author and do not necessarily reflect those of this website or its editors.