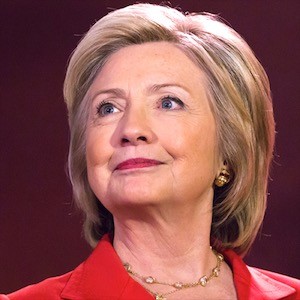 Let's cut to the chase; Hillary Clinton is ready to go to war against Russia in Syria -- with inbuilt, potentially terrifying, thermonuclear consequences.

Anticipating an outcome of the US presidential election as a remix of the 1972 Nixon landslide, Hillary has also coined, George "Dubya" Bush-style, a remixed axis of evil: Russia, Iran and "the Assad regime."

That's not even counting China, which, via "aggression" in the South China Sea, will also feature as a certified foe for the Founding Mother of the pivot to Asia.

And if all that was not worrying enough, Turkey now seems on the path to join the axis.

President Putin and President Erdogan met in Istanbul. Moscow positioned itself as ready to develop large-scale military-technical cooperation with Ankara.

That includes, of course, the $20 billion, Rosatom-built, four-reactor Akkuyu nuclear power plant. And the drive to "speed up the work" on Turkish Stream -- which will de facto strengthen even more Russia's position in the European gas market, bypassing Ukraine for good, while sealing Ankara's position as a key East-West energy crossroads.

In addition, both Moscow and Ankara back UN Special Envoy for Syria Staffan de Mistura's position that "moderate rebels" (the Beltway's terminology) holding eastern Aleppo hostage must be eradicated.

The geopolitical game-changer is self-evident. As much as Erdogan may be a whirling political dervish, impossible to fathom and trust, while Putin is a master of the strategic long game, Moscow's and Ankara's interests tend to converge in the New Great Game; and that spells out closer integration in the dawn of the Eurasian Century.

Quite a cup of hemlock for Hillary Clinton, who has already equated Putin with Hitler.

In the appalling spectacle that turned out to be round two of the interminable Trump/Clinton cage match, Donald Trump once again made a rational point -- expressing his wish for a normalized working relationship with Russia. Yet that is absolute anathema for the War Party, as in the neocon/neoliberalcon nebulae in the Beltway-Wall Street axis.

Flynn may have admitted on the record that ISIS/ISIL/Daesh's progress was a "willful" decision taken by the Obama administration. Yet in his disjointed book Field of Fight, Flynn insists that, "the Russians haven't been very effective at fighting jihadis on their own territory," are "in cahoots with the Iranians," and "the great bulk of their efforts are aimed at the opponents of the Assad regime."

Related Topic(s): Al-nusra; Axis Of Evil; Bashar Al-assad; Hillary Clinton; Hillary Clinton Foreign Policy; Syria; Vladimir Putin, Add Tags
Add to My Group(s)
Go To Commenting
The views expressed herein are the sole responsibility of the author and do not necessarily reflect those of this website or its editors.