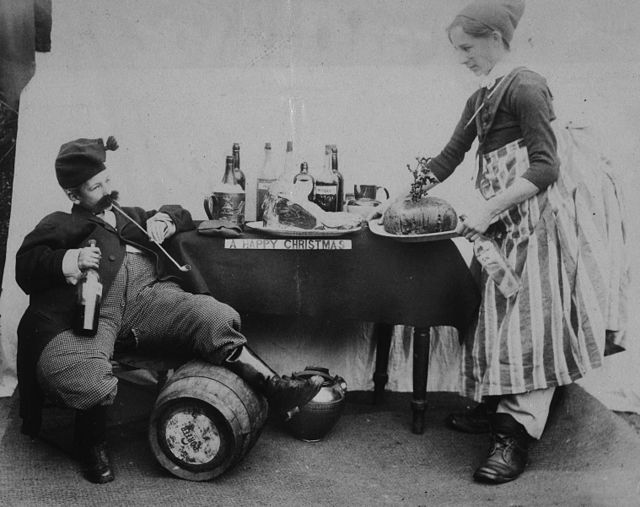 It's "War on Christmas" time again. In a November 30 speech in St. Charles, Missouri, US president Donald Trump mounted a stage festooned with Christmas trees to kick off the annual Airing of the Fake Grievance:

When I was younger, the Annual Grievance was that Christmas had become too commercialized and that stores were starting to "celebrate" it far too early in their sales campaigns. These days, it's that Americans don't focus exclusively on one, and only one, December holiday.

I haven't personally noticed any dearth of Christmas cheer this year or in recent years. I'm seeing Christmas observances all over the place, in both Christian (Nativity scenes, "Reason for the Season" church signs, etc.) and secular or semi-secular (Santa Claus, silver bells, what have you) form. Perhaps Trump doesn't get out into fly-over country often enough.

That said, it's worth noting that December is indeed a month of holidays, not all of them Christian. According to HolidaysCalendar.com:

From December 13-20, Jews celebrate Hanukkah, commemorating the liberation of Jerusalem from foreign occupation in 165 BC.

December 21 marks the Winter Solstice and the beginning of the ancient pagan festival of Yule.

Kwanzaa, a celebration of African culture, commences on December 26 and runs through New Year's Day.

And yes, of course there are all kinds of Christian holidays -- Advent Sundays, the feast days of Saints, etc. -- leading up to Christmas (December 25 for some Christians, January 7 for others).

Like it or not (personally, I like it a lot), America IS a multi-religious and multi-cultural country with holidays galore. So what if you don't celebrate them all? Why not just congratulate those who do?

Related Topic(s): Happy Holidays; Holidays, Add Tags
Add to My Group(s)
Go To Commenting
The views expressed herein are the sole responsibility of the author and do not necessarily reflect those of this website or its editors.