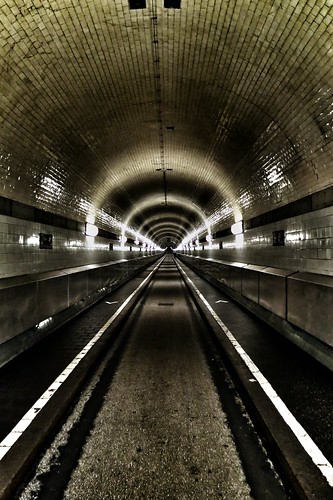 While there are a plethora of infrastructure projects requiring funding in New Jersey and throughout the Nation, the most urgent is the Gateway Project continuing the connection between North Jersey and New York City. Fully 20% of the Gross Domestic Product (GDP) of the nation flows through the two 100-plus year-old tubes that link the two jurisdictions. Part of this immense project is also the North Portal Bridge over the Hackensack River, allowing rail traffic through the tunnels and into Manhattan. This bridge, which is also well over 100 years old, breaks down 11% of the time it is opened for river commerce.

The cost of building the new Gateway tunnels will be approximately $13 billion, the cost of rehabilitating the existing trans-Hudson tunnels will be another $2 billion, and the cost of building a new Portal Bridge will be $1.5 billion. The costs of not implementing the program will be far greater; as they would include the unseen costs of gridlock time, the reduction of proÂ­ductivity, disruption of the GDP, and many more components.

The tip of the iceberg

Even if the Gateway Project were to be constructed, there remain thousands of deteriorating bridges used by rail operators between Boston and Washington, D.C. Many of those structures are likewise very old and in similar need of urgent repair. Were any of those bridges to collapse, train traffic would also stop, disrupting the GDP of the country. A point to bear in mind is that the Nation's railroad lines were constructed in the 1850s and many remain with that same architecture; in comparison, rail lines in Europe and the Far East were designed and built in the 1960's after the devastation of World War IL

The infrastructure crisis hardly starts and stops with rail/tunnel connections. Over 300 school facilities in nearly 50 school districts in New Jersey have found lead in the drinking water. Newark's Mayor Ras Baraka has called this the real emergency in the nation. Contaminated water supplies affect every state and many localities. Like the railroad problem, where much of the roadways in the country goes back to the Civil War, a significant number of national water systems are also over 100 years old. They simply have outlived their projected usefulness. This is true for roads, highways, gas distribution lines, and even communication satellites.

The cost to bring our aging, decrepit infrastructure up to a "state of good repair," Grade B, according to the American Society of Civil Engineers (ASCE), is well over $4 trillion.

While perhaps half of that sum has been allocated, the other half has not, and the cost of doing nothing is causing dollar amounts to skyrocket. U.S. House of Representatives Transportation and Infrastructure Committee Chairman Peter DiFazio estimates that for every dollar not deployed now to fix our infrastructure, the cost will increase to $4 or $5 per project. DiFazio estimated in a recent committee hearing that the economy would lose $4 trillion in GDP between now and 2025, leading to a loss of 2.5 million jobs and many other dire consequences.

This National Bank is not a new idea. It has been successfully implemented four times in our history, beginning with the First Bank of the United States under President George Washington and Treasury Secretary Alexander Hamilton.

This Hamiltonian model was followed by Presidents John Quincy Adams, Abraham Lincoln, and Franklin D. Roosevelt. Under the Adams administration, the Second Bank of the United States financed many of the canals and railroads that were built in New Jersey. The city of Paterson, where a statue of Hamilton was erected, was launched by Hamilton personally with William Paterson, then governor of New Jersey. It was the first prototype industrial city in the nation and was funded in concert with the First Bank of the United States.

As of now, there are no bills in Congress which address this shortfall in our infrastructure spending. Some bills will allocate $500 billion to $1 trillion over 10 years, but none propose to address the real shortfall of $4 trillion or more. Against this amount, the ASCE pegs the need at $4.6 trillion, the U.S. Chamber of Commerce says it is $3.7 trillion, and North America's Building Trades Unions say it is $4 trillion.

As for the administration, the President's 2020-21 capital budget proposes to cut federal grants to Amtrak's Northeast Corridor by 50%. The Gateway project has been downgraded to a medium-low priority, making it ineligible to receive Capital Investment Grants from the Federal Transit Administration.

That is why I am working with people across the nation in a broad coalition to get a bill introduced into Congress for the creation of at least a $4 trillion National Infrastructure Bank (NIB).

Related Topic(s): Amtrak; Economy; Funding; Infrastructure; Jobs; Railroads; Solutions Journalism; Transportation, Add Tags
Add to My Group(s)
Go To Commenting
The views expressed herein are the sole responsibility of the author and do not necessarily reflect those of this website or its editors.