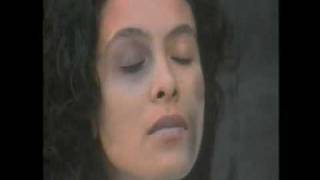 The Saudi government announced it will be eliminating part of the male guardianship system, finally granting women the right to obtain passports and travel (if 21 years of age or over), and obtain family identification cards without the need for male authorization.

The change comes in the context of the bad publicity that Saudi Arabia has been receiving about "runaway girls," a growing number of Saudi women who have been fleeing the country to seek asylum abroad. Several of these high-profile cases of women claiming intense gender-based repression and receiving asylum in countries like Canada have placed global scrutiny on the male guardianship system.

The latest decrees also come in the context of intense criticism of the government's appalling treatment of women's rights activists. In 2018, when the government announced it was lifting the ban on women drivers, it then went on to arrest the very women who had campaigned for that right. Some of these women are released pending trial; others are still languishing in prison, enduring terribly abusive conditions. When making the announcement about the easing of the guardianship system, the government made no mention of the plight of these women activists.

While the easing of the guardianship system is indeed welcome news, Saudi Arabia remains one of the world's most repressive societies for women.

Key aspects of the guardianship system are still in place. One particularly onerous restriction is that women need the permission of a male guardian to marry or divorce.

Saudi Arabia is the most gender-segregated society in the world. The majority of public buildings have separate entrances for men and women; some even ban women from entering. Most workplaces are segregated, so are schools. The separation in restaurants has been somewhat easing, but most eating areas are still separated to keep unrelated men and women apart -- with one section for "singles," meaning men, and one for "families," meaning women, children, and close male relatives like husbands.

Saudi women have a long way to go to achieve equality. Onerous laws remain in place and conservative traditions that give men control over women will be hard to transform. The best way to do this, however, is to grant Saudi women the freedom to openly advocate for their rights. Now, these rights are "bestowed upon them" by male rulers while women who fight for their rights are jailed, tortured, fired from their jobs, and in other ways silenced. The Saudi rulers must free the women activists languishing in prison and open the system so that women can freely advocate for the society they want to live in.

Related Topic(s): Arab; Marriage; Oppression; Repression; Rights; Women; Women Unequal Access Justice; Womens Issues, Add Tags
Add to My Group(s)
Go To Commenting
The views expressed herein are the sole responsibility of the author and do not necessarily reflect those of this website or its editors.