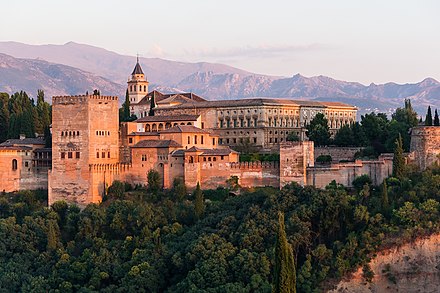 Throughout history civilizations have been overtaken by successors. These in turn decline and fall as time marches on. Often all that remain are monuments, an occasional palace or temple often a tomb, usually in ruins unless of relatively current vintage.

The ancient Egyptians built massive pyramids to bury their pharaohs, projects lasting a lifetime and ensuring a reliable source of income for the workers and others involved.

The Greeks favored exquisitely proportioned temples and statuary rendered with a skill that was not matched again until the Renaissance. One would be remiss not to mention their vast output of the mind from philosophy and logic to the poetry and drama played out in the amphitheaters.

If Roman entertainment relied on blood and gore, it was part of a culture of brutal wars, subjugation and suppression of foreign peoples welded into an empire. Then there was Roman law, even if it applied only to citizens.

Of more recent vintage are the great cathedrals of Europe like Chartres, tall, massive, constructed in a span of time unimaginable in our era of haste. Preceding them were the great mosques of the Muslim era decorated in geometric shapes and colors to dazzle the eye. Damascus and Isfahan come to mind.

Then there are the Nasrid kings of Grenada in southern Spain, al Andalus to these descendants of North African Berbers and Arabs who ruled there for several centuries. A time when the three Abrahamic religions coexisted in relative harmony it saw the flowering of a civilization noted for its mixture of opposites.

The city of Cordoba with its great mosque was an early fruit of this admixture becoming the largest city in Europe during the 10th century, although civil wars had diminished it considerably by the 13th century. Yet the 13th century began the growth of a city on a hill now called Alhambra probably due to the reddish color (alhamra in Arabic) of the rock face. Housing some 40,000 citizens then, not many of the buildings survive. Notable are the defensive citadel Alcazaba, three palaces -- the Mexuar, the Comares and the Court of the Lions -- and an encircling wall with battlements and towers. The great mosque was replaced by a Franciscan monastery in the 15th century and is now a parador -- a government-run hotel that was formerly a castle or palace or the like.

The Courtyard of the Lions is justly famous as the symbol of Alhambra. The twelve lions at the center appear to be holding up a water basin right in the center of a network of channels ... on the periphery, colonnades supporting delicately carved arches form an abbey-like cloister. But the walls in the adjoining rooms hold their own surprise in intricately carved geometries of colored tiles and plasterwork. Glancing up, the ceilings are designed to take your breath away. Even more intricately constructed, they comprise thousands of meticulously carved sections of wood rising layer upon layer to feast the eye as small apertures allow in shafts of sunlight or moonlight. Watercourses run through many rooms spilling across portals into pools among enclosed gardens melding interior with exterior and joining it with nature.

The architect LeCorbusier called it 'the intelligent, just and magnificent interplay of volumes made harmonious by daylight.' Henri Matisse exclaimed, 'The Alhambra is a marvel' and Washington Irving captured imaginations throughout the western world with his 1832 book, The Alhambra. At the time going to rack and ruin, his romantic vision helped to trigger an effort to preserve the precious gem.

Now a magnet for tourists, it remains a precious reminder of what an intermingling of cultures can produce -- just as the Taj Mahal does in India where Mughal emperors often married Hindu Rajput princesses and Shah Jahan (whose mother Manmati was one) built his own marvel.

Arshad M Khan is a former Professor. Educated at King's College London, Oklahoma State University and the University of Chicago, he has a multidisciplinary background that has frequently informed his research. He was elected a Fellow of the (more...)
Related Topic(s): Architecture; Civilization; Culture, Add Tags
Add to My Group(s)
Go To Commenting
The views expressed herein are the sole responsibility of the author and do not necessarily reflect those of this website or its editors.