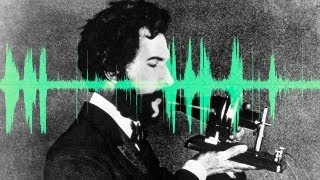 It may be the peculiar fate of the human race that its greatest strength, its defining splendor, may also be its Nemesis. It is the nature of life to be brave and optimistic, pushing the boundaries ever forward, taking great risks for greater gains. If there is a limitation, life will find our way around it-precaution is for losers. For humanity, the bold winners of this race, technology is all about having our cake and eating it too. When we finish with this world, we plan to go boldly forth to find another. Science is our servant, and when it starts talking pessimistic we give it the pink slip and go hire scientists who sound more optimistic.

In mythology, the ever-victorious Greek god Apollo is said to have represented this aspect of humanity. In courting Cassandra, he gave her the power of prophesy--currently the gift to us from science. When she spurned him, he cursed her to suffer disbelief from everyone around her.

In the field of electricity and electromagnetics, negative effects on human health have been known from the start and dismissed nearly as quickly, as Arthur Firstenberg documents in his epic treatise The Invisible Rainbow (reviewed here). It seems that even among those said to have suffered from these effects, some, such as Benjamin Franklin and Nikola Tesla, were loath to believe it could be true. You spend your life pursuing all these exciting possibilities for humanity, and then this?

Like moths to a flame, we seem driven to pursue greater gains heedless of the dangers until our quarry turns around and really burns us. Humanity is running up against limits in all sorts of ways now, and this is just the latest pursuit to hit the crisis stage. In the past you could move away from the problem of electropollution or simply switch it off if you became aware of its effects on you. You didn't really have to pester people with unfortunate evidence that they did not want to see. Now that is well nigh impossible, and I think the reason it is hitting this stage at this particular juncture of history is that thanks to the exponential function, we have hit so many other limits ("Apollo" being the name of the last thing to happen in space exploration that was really exciting to the general public, for example) that now we push this limit in turn until the damage from it, like that from agricultural chemicals, is too obvious to ignore anymore.

So in essence, something like 5G and the reaction to it were inevitable from the start due to factors innate to human nature, meaning everyone was going to ignore the warnings. These warnings (see Ronald Kostoff and Priyanka Bandara for some of the most recent), as EMF researcher Alan Frey, who documented the ability of weak radiofrequency signals to breach the blood-brain barrier, lamented in the 70s, never seemed to reach the public. They come around to our ears as rumors from time to time, denied by nameless authorities, and are then forgotten as we return to our conveniences. But there are other factors involved as well. Our government should have been informing us of the dangers many decades ago, as the Soviet Union did for its people. Instead they codified disbelief, and now when that is no longer sufficient to keep a lid on the problem, they resort to censorship and persecution of anyone who dares stand in the way of humanity's troubled child, "Progress." You know the one they say you cannot stop, even if it's killing you.

The road to the corruption of our governmental and scientific institutions has been so long and insidious that the article I set out to write eventually turned into about 15 pages, so I have had split it into three parts and will present the other two fairly shortly. (See Part 1 documenting harm to humans here, and Part 2 describing harm to the environment here.)

What You Don't Test for Won't Hurt Your Bottom Line

At a meeting in Tokyo about 20 years ago I heard WTO representatives lament that chemical companies could get away with releasing myriad harmful substances on us because they were not being required to test them sufficiently and shareholder profits demanded that they not look into it willingly. The officials hoped to introduce means of addressing that flaw-but did you ever hear about that?

With non-ionizing radiation (frequencies at and below visible light on the electromagnetic spectrum) the problem is even worse: in the early 1990s an NGO was created under UN auspices and staffed with highly conflicted scientists to replace a formerly neutral advisory body. The International Commission on Non-Ionizing Radiation Protection (ICNIRP) has facilitated deliberately fraudulent research and denied the validity of all other scientists' work so as to reassure the public and help industry's plans for the vaunted 4th industrial revolution go forward, as will be documented in Part 4. Arthur Firstenberg has remarked:

"It is so easy to demonstrate harmful effects that it takes some skill to design experiments that don't show them."

Even school kids in science fair projects turn up unmistakable effects (1991 and 2020), as the author* did switching tropical fish from a tank in a high electric field near wall wiring to one in a low electric field, and the late Joanne C. Mueller did similarly with guinea pigs, with her efforts including blood testing (see the comment on her obituary-a Google search turned up nothing more of her abundant, well-documented work). But first, a little history.

During the cold war, the above-referenced Alan Frey noted there had been intense pressure to shun studies that indicated low-intensity radiofrequency radiation (RFR) had any biological effects whatsoever. He described the attacks on his own research, such as by rigging tests to fail while claiming an attempt to repeat them, as a naked use of power to discredit basic scientific findings that certain people in the military and industry did not want to hear.

In the early 1970s, Dr. Zorach Glaser of the US Navy was commissioned with compiling a report on research finding evidence of biological effects from weak wireless signals. In 1972 he presented the report, covering more than 2,200 studies that had found more than 120 biological effects from microwave radiation (pp. 7 to 11). He continued his research, reviewing over 5,000 such studies until the government ceased funding his work in 1982.

Dr. Glaser saved the reports he had referenced, storing them in his basement and later in a storage facility at quite a cost. He offered them to government and university libraries, but none were interested. A few lawyers and individuals from the wireless industry expressed an interest, but he declined them, fearing the information would be buried. He wanted the public to have access. Eventually EMF researcher Dr. Magda Havas acquired them and has been having them scanned.

The author has lived 38 years in Japan. She has also spent time in Siberia, where she led ecotours for Friends of the Earth Japan. She is fluent in Japanese and Russian, and also speaks Indonesian, Thai and Spanish. She loves nature and is an (more...)

Related Topic(s): 5g Technology; Convenience; Danger; Electronic Warfare; Navy; Warning, Add Tags
Add to My Group(s)
Go To Commenting
The views expressed herein are the sole responsibility of the author and do not necessarily reflect those of this website or its editors.

STAY IN THE KNOW
If you've enjoyed this, sign up for our daily or weekly newsletter to get lots of great progressive content.
Series: "Grave Harm from 5G"

WHO Ignores Questions by Scientists, Poised to Okay 5â„ƒ Heating of Eyes by 5G