[For Part One see: Grave Harm from 5G, Part 1, A Desperate Letter] 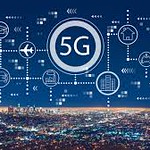 Only the small secrets need to be protected. The big ones are kept secret by public disbelief. - Marshall McLuhan

Much of what is noted about harm from the 5G rollout has been focused on its effects on humans. It is normal that we would be more upset at harm to ourselves, our friends and our children than to birds and insects, who mess up our cars and constitute a health hazard anyway, as some people think. But from the standpoint of humanity's long-term survival, it is also terribly short-sighted.

One point I need to stress from the start is that harm from "the fifth generation of wireless technology (5G)" proper remains poorly documented. The reasons are that no official attempt is being made to document harm during the rollout, since it is officially deemed harmless, and attempts by citizens to document harm from 5G are hindered by secrecy. For example, in Japan, where I live, the locations of 5G transmitters are considered a corporate secret and not publicly revealed. Equipment for measuring higher frequencies specific to 5G (above 18 gigahertz (GHz)) is still priced beyond citizens' ability to acquire. The low and middle frequency bands, in the 600 MHz to 6 GHz range, can be detected using affordable equipment, but these frequencies are also used by Wi-Fi,4G LTE and other pre-existing technologies. It is also known that 4G transmitters are being collocated with or near 5G, with which they will continue to operate to compensate for poorer connectivity of 5G in the high frequency band.

According to U.S. building biologist Oram Miller, the 5G that people are most worried about is the beam-formed version in the millimeter-wave band (between 30 and 300 GHz), that differs radically from the 4G form of microwave radiation. He says most of the currently deployed 5G is in the low (600 MHz to 1-2 GHz) and medium (1-2 to 6 GHz) bands and similar in most ways to 4G LTE-Advanced, which can be upgraded to 5G with just a software change, but the 5G signal is more strongly modulated (pulsed). For decades, people have reported reacting more strongly to the modulated signals of digital communications than to analog, and Miller says, "The real danger is that these 4G LTE-Advanced and low and mid band 5G cell signals are far more modulated than 3G or 4G signals were in the past." Another major problem he points out is that so many new 4G antennas are also being installed as part of the 5G rollout. He says there has been an explosion of heavily modulated radio signals saturating all of the habited environment and much of the uninhabited in the past few months.

In central Geneva, Switzerland in April 2019 when residents experienced sudden onset of dizziness, loud tinnitus, chest pains, fatigue, intense headaches, unbearable earaches and violent chest pains, Swisscom confirmed the launching of 5G in that area. In January 2019, when a man in Scottsdale, Arizona reported severe pressure in his head and convulsions in his gut that caused him to double over in pain and fall to the ground each time he walked past a metal box on a certain lamppost, AT&T confirmed that they had turned on the 5G network on January 4the very day he first had the trouble.

Therefore, there are well founded concerns that 5G will greatly intensify the harm that is already occurring from 4G, Wi-Fi and other earlier technologies harm that is well documented. Below I present peer-reviewed documentation of harm that has been confirmed.

It seems that living things that spend time in the air are the most visibly and seriously affected. In late May 2019, my husband informed me that no bees were visiting our organic field. He also noted that kites (Milvus migrans) and crows (Corvus corone) had disappeared from the area. I had a look around the field and counted seven recently installed smart meters (920 MHz, transmitting at 30 min. intervals with staggered timings) facing the field at close range from adjacent houses. Our blueberry crop was diminished by roughly 70%. My husband attempted to hand-pollinate the watermelons, with meager results. I moved several blueberry plants away from the nearest smart meter because they were faring poorly. A piece of rotting watermelon left out about 10 meters from a pair of smart meters attracted no insects except one or two very small flies. Birds smaller than kites and crows (who were already gone) gradually disappeared from the area around our field, leaving only barn swallows, which seemed uniquely unaffected. Snails proliferated, devastating several crops. Frogs were as plentiful as before. We have since then relocated all perennial plants to a field away from houses and formally terminated our lease of that field. Incidentally, people also noted that cats disappeared from our area at the same time. They seem to have diminished recently everywhere I look in Japan.

Worldwide there have been reports of hundreds of pigeons dropping dead in Bulgaria and the Hague when 5G was tested. Bees have been reported falling to the ground dead or dying where 5G has been deployed, such as in Melbourne in November 2019 (reported by to me by an activist after a new transmitter had been added to a mast) and in California in August 2019. The latter source dismisses the claim as improbable, but there is a solid scientific basis for considering it plausible. Although none of these early reports have been confirmed by reliable sources, given what is already established, they should serve as a warning.

Predictions of (mostly anthropocentric) effects of 5G prior to its deployment have included breakdown in mental function, loss of fertility and increased heart disease (U.S. biochemist Martin Pall, 2019), "like a slow Hiroshima" (radiobiologist Oleg Grigoriev, Director & Deputy Chairman of the Russian National Committee on Non-ionizing Radiation Protection) and from long ago, observations by the late New Zealand environmental scientist Dr. Neil Cherry (2001) on disturbance of the Schumann resonances the biggest concern with satellite 5G transmissions historically correlated with sunspots and geomagnetic disturbances, the effects of which he said have been shown to include immune dysfunction, increased hypertension, heart attacks, suicide and manic depression among a long list of other ailments.

Effects of radiofrequency radiation have been the subject of study for many decades. In the late 1960s, bird's feathers were already known to make good dielectric aerials for receiving microwave radiation (del Blanco et al., 1973), who noted birds' behavior could be thus influenced deliberately). Experiments on chickens using low field intensity microwave exposure of short duration (less than a minute) produced signs of distress (Tanner, 1966). More recently, Spanish biologist Alfonso Balmori Martinez (2003, in Spanish) found that radio waves from mobile telecommunications interfered with bird nesting and reproduction. In 2014, Nature magazine carried a report titled "Anthropogenic electromagnetic noise disrupts magnetic compass orientation in a migratory bird," which reported the results of fully double-blinded testing of European robins (Erithacus rubecula). It would appear there are at least two ways bird behavior could be influenced by 5G and earlier radio communications technologies.

The author has lived 35 years in Japan. She has also spent time in Siberia, where she led ecotours for Friends of the Earth Japan. She is fluent in Japanese and Russian, and also speaks Indonesian, Thai and Spanish. She loves nature and is an (more...)

Related Topic(s): 5g Technology; Bees; Birds; Communications; Environment-Ecology; Harm; Plants; Wilderness, Add Tags
Add to My Group(s)
Go To Commenting
The views expressed herein are the sole responsibility of the author and do not necessarily reflect those of this website or its editors.

WHO Ignores Questions by Scientists, Poised to Okay 5℃ Heating of Eyes by 5G