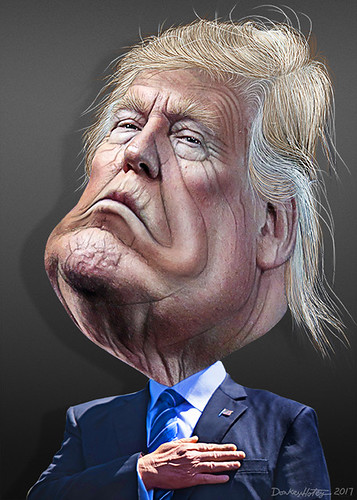 Yes I was wrong when I wrote Time Won't Tell, One Day Will!

I can assure you that nothing is making me happier than to be wrong. I am now suspicious his silence (other than tweets) is a signal he is going to give up. God if you are listening, convince The Donald to accept that he is the BIGGEST loser after all.

Now I am suspicious that there is another real surprise in November.

The Donald delivers a concession speech before rioting, looting and wave of arson hits cities around the nation, following the death of the Trump presidency.

God if you are listening, convince Graham, McConnell, Rubio, Fox and Brietbart to tell The Donald to accept, that he is the BIGGEST loser after all.

Pence I know you are listening, Trump needs a pardon.

And finally no discussion of the 2020 Election would be complete without the Lincoln Project: a "scam PAC," that tricked Democrats into believing Rick Wilson and George Conway were going to use the money to defeat Trump.

Joe Biden won by 5 million votes. The question is how many more votes would have Joe gotten if Rick and George didn't steal millions from the Never Trumpsters.

The Lincoln Viral ads never had any chance, and there is no evidence, that the negative messages convinced a single Republican to give up on The Donald. There was no possibility that they would wake up the GOP voters to the hypocrisy of Trump but they did give Democrats false hope, and the Demafools gave Rich and George millions.

Financial disclosures show that over 90 percent of the Lincoln Project's recent donations went towards nothing other than lining the pockets of those who run the group; RNC Chairwoman Ronna McDaniel recently revealed.

Rep. Alexandria Ocasio-Cortez had harsh words for The Lincoln Project on Friday, accusing the group of being in "scam territory" over its promise to persuade "never-Trump" Republicans to vote for President-elect Joe Biden. "The group wasn't effective at persuading disaffected Republicans to vote for Biden and diverted money from organizers that played a larger role in his victory."

Related Topic(s): God Intervention, Add Tags
Add to My Group(s)
Go To Commenting
The views expressed herein are the sole responsibility of the author and do not necessarily reflect those of this website or its editors.