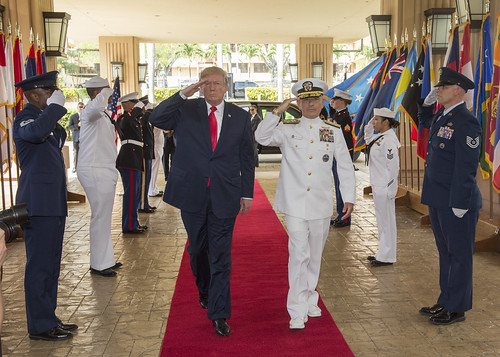 I investigated Trump during the 2016 campaign, and concluded that he is an egocentric malignant, impulsive narcissist who lies all the time, but you can be sure Trump did not order the airstrike on the evening of January 3 that killed the Iranian General Qasem Soleimani, commander of the Quds Force, because:

· Soleimani approved the attack on the American Embassy in Baghdad and was "plotting imminent and sinister attacks" against Americans in the region and Trump wanted to prevent further bad behavior from militia groups from Iran.

· Trump wanted to boost his own re-election campaign with a rally-around-the-flag effect, whereby "when Americans are confronted with a war, they'll support the president leading that war." [1] Trump's base will support a war with Iran, the country that is #1 most feared and hated by his base.

· Trump wanted to make the world a better place by murdering the most hated and feared figure in Iran. Soleimani, the head of Iranian intelligence and military operations abroad, is responsible for the death of millions, including Iranian protesters.

Timeline: How The U.S. Came To Strike And Kill A Top Iranian General

Friday, Dec. 27: Militia group Kataib Hezbollah attacks the K1 military base near the Iraqi city of Kirkuk with rockets, killing an American contractor and wounding several American and Iraqi personnel. Kataib Hezbollah has ties to Iran. It has denied orchestrating the attack.

Sunday, Dec. 29: Trump orders airstrikes in sections of Iraq and Syria where members of the militia group were reportedly located.

Tuesday, Dec. 31: Iraqi supporters of Kataib Hezbollah begin storming the U.S. Embassy in Baghdad. The violence escalates, with militia members attempting to enter the embassy, starting fires and damaging the outside and a reception area of the embassy.