"During our December meeting, Mr. Crabill deliberately shamed members of the SLCSD [Salt Lake City School District] in a scheduled meeting in front of the public"
- SLCSD Board Member Katherine Kennedy

The charter school industry-backed members of the LAUSD have made it clear that they will ram through their privatization agenda without taking input from the minority that supports public education. During the first meeting of the new term, they passed over Jackie Goldberg and the experience that she offers to install ethically-challenged Nick Melvoin as chair of the Committee of the Whole. Newly elected Board President Kelly Gonez then turned down Scott Schmerelson's request to reinstate the Parent Engagement and Special Education Committees telling him that unless he had four votes to overrule her, the decision would stand.

These actions followed the path set by past boards with majorities that had been elected with the financial support of the charter school industry. Accused felon Ref Rodriguez and his compatriots, knowing that he would soon be forced from the board, pushed through the hiring of Austin Beutner, ignoring the past precedent of achieving consensus on this type of decision. After Rodriguez was c onvicted and removed from his seat, this same block prevented Jackie Goldberg from being appointed to replace him, leaving the stakeholders of District 5 unrepresented for almost an entire year.

Recognizing the harm that this behavior has caused to the functioning of the board but ignoring her own role in the dysfunction, Gonez scheduled a special board meeting to focus on the subject of "Board Development." The program included a talk by education "reform" advocate AJ Crabill entitled "Reflection of Governance Practices".

Crabill is a self-appointed expert on governance. According to one critic, "he has not graduated from college nor does he have any certifications for teaching communications or leadership skills." He previously served as the Texas Education Agency's Deputy Commissioner for Governance. In this position, he forced local districts to take the training that he had developed with the threat that the state would take them over if they refused.

Before Crabill delivered his presentation, I addressed the board during public comment:

The School Board President says that it is not a good use of staff time to engage with parents during meetings of the Special Education and Parent Engagement Committees. I wonder how much staff time was spent setting up this propaganda session from the failed education "reform" movement. How much money that could have been spent on student materials was spent on this speaker who one article says charges $5,000 per day. This is a speaker whom a board member from Salt Lake City described as having bullying behavior.

Why are we looking to Texas for an example of good-governance practices? Do we expect a state government that allowed its citizens to freeze to death has policies that are any better for educating students? This is the same government that allowed organizations that operated internment camps for refugee children to also run charter schools. Deregulation and privatization do not serve the public's interests.

If you really want to improve governance in this school district, stop taking orders from Eli Broad and the Waltons and start listening to parents and educators. You have two retired educators (George McKenna and Scott Schmerelson) on this board who can tell you from personal experience what our classrooms need if we are serious about improving student outcomes. You have a board member (Jackie Goldberg) who not only served as a classroom teacher but was also elected by her community to this school board, the City Council, and then the State Assembly. Charter school industry spending has relegated them to the minority on this board, but they are still here and have a lifetime of experience that would serve you well. You just have to listen.

If you want to improve educational outcomes, stop treating teachers like they are adversaries. It should not have taken a teacher's strike to lower class sizes, get a nurse in every school and open up all of our high school libraries. Yet, it did.

And we must never forget that Nick Melvoin used the time leading up to that strike slamming our children's teachers, saying that they would go out for a couple of days and get it out of their systems. Now he is doing the same roadshow again blaming teachers for our schools not being physically open.

This is not constructive. Our teachers are on the ground. They know what it is like to work in our schools. You should be listening to them, not treating them like the enemy. You should have them at this meeting, not a corporate shill from Texas, advising you what is needed in this district. 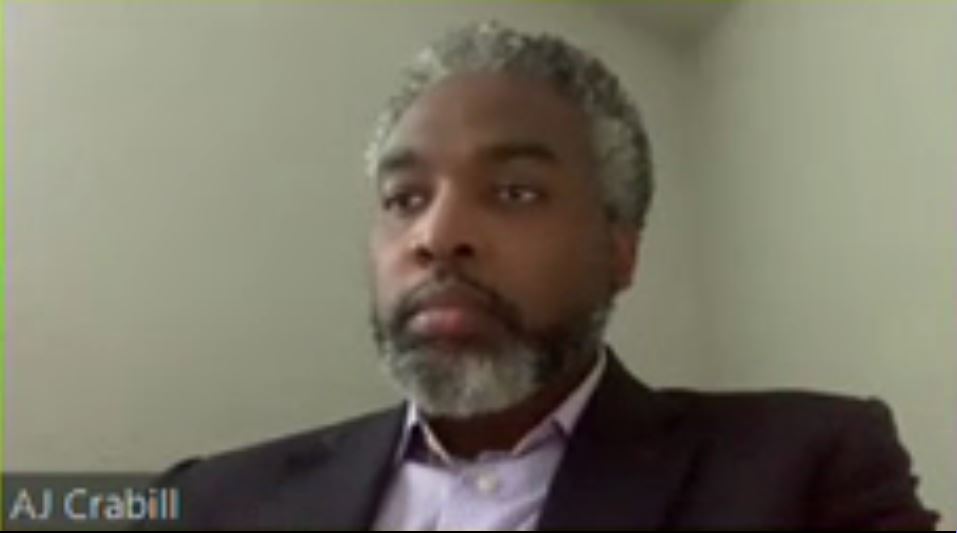 After a delay so that the presenters could figure out the time-zone differences between their location and Los Angeles, the meeting continued. While the labels on the agenda suggested speeches, it quickly became apparent that there was a further-reaching plan. Crabill was not at the meeting to give a "Reflection of Governance Practices" but to remake the board into a model closer to what he pushed for in Texas. This was not a one-time appearance as the use of "next time" was peppered throughout his presentation.

This bait and switch is unacceptable under California's open-meetings laws. The agenda is supposed to clearly describe what will be happening at the meeting. This was violated the moment that Crabill stopped "reflecting" and started advocating.

The actual purpose of Crabill's program was to push the board into adopting common goals. To successfully accomplish this, the board members will actually have to have conversations where the goal is to find common ground. This will be made more difficult if the facilitator is an accused bully with an agenda that promises to make things more uncomfortable in future sessions. Once again, the charter school industry majority is sending the district in the wrong direction.
________________________________