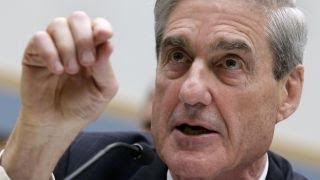 The scorched-earth attacks against the FBI by a growing number of House and Senate Republicans demonstrate a high degree of fear that special counsel Robert Mueller will make blockbuster moves in the coming days and weeks that will define the fate of ongoing investigations of the Russian attack against America.

In recent days, there have been an unusually high number of revelations and disclosures, with rapid-fire speed, of upcoming meetings between Trump and Trump associates with Mueller and his special counsel team.

Most likely, these revelations are coming from Trump associates who will be questioned by Mueller, or their attorneys, which is within their right whether or not this move is legally or politically wise.

The news that the special counsel and Trump's attorneys are negotiating the terms of Mueller's questioning of Trump, which appears poised to occur within three weeks if terms are agreed upon, suggests that some potentially decisive moves by Mueller are likely to happen in February and potentially could begin this month.

The prospect of Trump's testimony under oath will be a precipitating event for either a climactic moment for the investigation or a true constitutional crisis if Trump refuses to agree to terms and Mueller moves to subpoena Trump to testify before the grand jury and an intense legal battle waged with high odds of a national political firestorm.

I have long warned readers that there is a strong chance that Trump will never voluntarily agree to testify under oath, no matter what he says. What Trump said to reporters on Wednesday, that he yearns to testify under oath, was totally meaningless because he also said his testimony is contingent upon the advice he receives from his lawyers.

Trump already knows the private advice his lawyers have offered, so when he adds that qualifier to his stated desire to testify, the odds are high that this testimony does not happen and all hell breaks loose legally and politically if and when Trump formally says no to Mueller.

Behind the scenes throughout official Washington, there is a bracing for the storm that could soon engulf the investigation.

This is the context for the extreme, often irrational and in some cases ludicrous frenzied attacks against the FBI that are coming from a growing number of Republican members of the House and Senate and their hardcore allies in the media.

These growing GOP attacks against the FBI are politically self-destructive and legally disastrous because they suggest to reasonable people that they have no confidence that Trump and other Trump associates will be cleared by investigators.

This would set off a constitutional crisis and a huge political backlash against Trump and Republicans who defend him by attacking the FBI.

Related Topic(s): FBI; Mueller Investigation; Trump Testimony, Add Tags
Add to My Group(s)
Go To Commenting
The views expressed herein are the sole responsibility of the author and do not necessarily reflect those of this website or its editors.