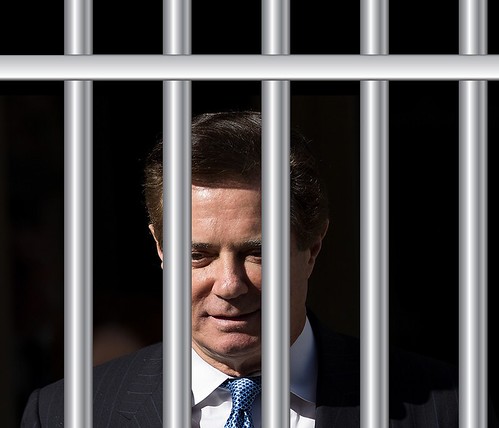 Paul Manafort's betrayal and double dealing against Robert Mueller and his special counsel team appears to be a desperate ploy designed to achieve a presidential pardon, which will fail, because Trump's attorneys will advise him in ways similar to what I wrote here.

I have long believed that the case for obstruction of justice involving efforts to impede the Mueller investigation is far stronger, based on publicly known evidence, than our public discussion would suggest.

If a pardon is offered to influence a witness in a criminal investigation, that pardon could indeed be a crime. There has been evidence that earlier in the case, Trump's lawyers discussed a pardon with Manafort's lawyers.

It has been reported as well that Trump's former White House counsel, Donald McGahn, has spent many hours cooperating with Mueller and his team. Could McGahn have provided evidence about these alleged pardon discussions?

It is now reported that Manafort was essentially double-dealing against Mueller and his investigators, with his lawyers allegedly reporting confidential information to Trump's lawyers about his discussions with Mueller while he was supposedly cooperating with Mueller.

If Trump does pardon Manafort, there is a high probability that these matters are ultimately litigated before and decided by the United States Supreme Court.

If Trump does pardon Manafort, the public firestorm of anger and outrage would be so extreme that impeachment consideration would probably be initiated even by a Republican House, and certainly by a Democratic House in January.

The smart move for Senate Republicans would be for them to immediately provide protections for Mueller against a Saturday Night Massacre and to publicly and privately warn Trump to not pardon Manafort or move against Mueller.

However, Senate Majority Leader Mitch McConnell (R-Ky.) appears to be making the same mistake after the midterm elections that House Republican leaders made before the midterms.

Related Topic(s): Crime; Impeachment; McConnell-Mitch; Paul Manafort Pardon; Testify, Add Tags
Add to My Group(s)
Go To Commenting
The views expressed herein are the sole responsibility of the author and do not necessarily reflect those of this website or its editors.