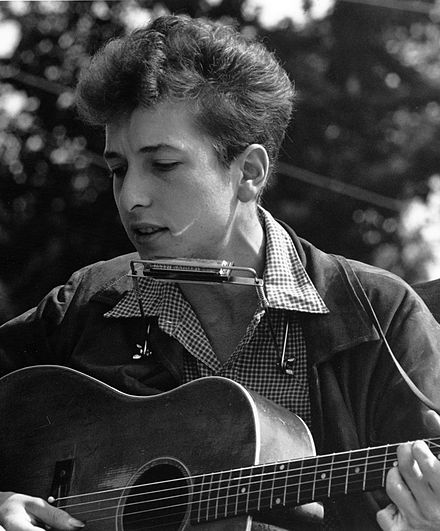 Walk the streets in the United States and many countries these days and you will see streaming crowds of people possessed by demons, masked and anonymous, whose eyes look like vacuums, staring into space or out of empty sockets like the dead, afraid of their own ghosts. Fear and obedience oozes from them. Death walks the streets with people on leashes in lockstep.

That they have been the victims of a long-planned propaganda campaign to use an invisible virus to frighten them into submission and shut down the world's economy for the global elites is beyond their ken. This is so even when the facts are there to prove otherwise. It is a clear case, as Peter Koenig tells Michel Chossudovsky in this must-see interview, that is not a conspiracy theory but a blatant factual plan spelled out in the 2010 Rockefeller Report, the October 18, 2019 Event 201, and Agenda 21, among other places.

Who can wake the sleepwalkers up in this cowardly new world where culture and politics collude to create and exploit ignorance?

Fifty-five years ago on July 20, 1965, Bob Dylan released his song "Like a Rolling Stone." It arrived like a rocking jolt into the placid pop musical culture of the day. It was not about wanting to hold someone's hand or cry in the chapel. It wasn't mumbo-jumbo like "Wooly Bully," the number one hit. It wasn't like the pop pap that dominates today's music scene. It wasn't Woody Guthrie in slow time.

It beat you up. It attacked. It confronted you. Maybe, if you were alive then, you thought Dylan was kidding you. You thought wrong. Bitching about his going electric was a dodge. He was addressing all of us, including himself.

Still is. But who wants to hear his recent "Murder Most Foul" and read Dylan's scathing lyrics about the assassination of JFK, the killing that started the slow decay that has resulted in such masked madness. "And please, Don't Let Me Be Misunderstood," he tells us in capital letters for emphasis. Exactly what all the mainstream media have done, of course, and not by accident.

There are no alibis. "How does it feel/To be on your own/with no direction home/A complete unknown/Like a rolling stone?"

It was in the mid-1960s when confidence in knowing where home was and how to get there disappeared into thin air. If you left mommy and daddy, could you ever get back from where you were going? Who had the directions? Absolutes were melting and relativity was widespread. Life was wild and the CIA was planning to make it wilder and more confusing with the introduction of LSD on a vast scale.

MKUltra was expanding its scope. Operation Mockingbird was singing so many tunes that heads were spinning, as planned. The national security state killers were in the saddle, having already murdered President Kennedy and Malcolm X as they sharpened their knives for many more to come. The peace candidate, Lyndon Baines Johnson, had been elected nine months earlier with 61.1% of the popular vote and went immediately to work secretly expanding the war against Vietnam. War as an invisible virus. Who knew? Who, but a small anti-war contingent, wanted to know? War takes different forms, and the will to ignorance and historical amnesia endure. War is a disease. Disease is weaponized for war. In 1968 Richard Nixon was elected on a "secret plan" to end the Vietnam War and then ramped it up to monstrous proportions, only to be reelected in 1972 by carrying 49 out of 50 states.

Who wants to know now? The historian Howard Zinn once said correctly that this country's greatest problem wasn't disobedience but obedience.

What's behind the masks? The lockstep?

On the same day that Dylan released "Like a Rolling Stone," Secretary of Defense Robert McNamara, just back from a "fact-finding" trip to Vietnam, recommended to LBJ that U.S. troop levels in Vietnam be increased to 175,000 and that the U.S. should increase its bombing of North Vietnam dramatically. This was the same McNamara who, in October 1963, had agreed with JFK when he signed NSAM 263 calling for the withdrawal of 1,000 military personnel from Vietnam by the end of 1963 and the remainder by the end of 1965. One of the moves that got Kennedy's head blown open.

Poor McNamara, the fog of war must have clouded his conscience, confused the poor boy, just like Secretary of State Colin Powell holding up that vile vial of "anthrax" at the United Nations on February 5, 2003 and lying to the world about weapons of mass destruction in Iraq.

Powell recently said, "I knew I didn't have any choice. He's the President." How "painful," to use his word, it must have been for the poor guy, lying so that so many Iraqis could be slaughtered. Of course, he had no choice. These war criminals all wear masks. And have no choice.

Related Topic(s): Assassination; Change; Dylan-Bobby; Masks; Media; Propaganda; Propaganda Wars; Thinking; Violence-War; Viruses; (more...) War Lies To Start War, Add Tags  (less...)
Add to My Group(s)
Go To Commenting
The views expressed herein are the sole responsibility of the author and do not necessarily reflect those of this website or its editors.