The Russia-led Eurasia Economic Union is spreading its wings and gaining strength, with some key projects, big players and big plans in the pipeline 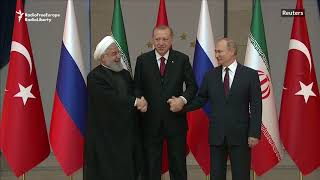 Related Topic(s): Energy; Eurasian Union; Iran; Pipeline; Pipelineistan; Syria, Add Tags
Add to My Group(s)
Go To Commenting
The views expressed herein are the sole responsibility of the author and do not necessarily reflect those of this website or its editors.