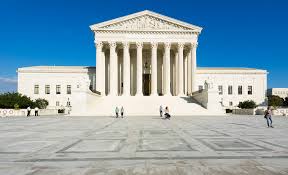 "The Constitution of the United States is a law for rulers and people, equally in war and in peace, and covers with the shield of its protection all classes of men, at all times and under all circumstances."~~ Ex parte Milligan, U.S. Supreme Court (1866)

During the Civil War, when President Abraham Lincoln thought it expedient to silence those in the northern states who challenged his wartime decisions by incarcerating them in military prisons in the name of public safety, he was rebuked by a unanimous Supreme Court. The essence of the rebuke is that no matter the state of difficulties, whether war or pestilence, the Constitution protects our natural rights, and its provisions are to be upheld when they pinch as well as when they comfort.

This basic principle of American law our rights can only be interfered with by means of due process is being put to a severe test today in most American states.

Here is the backstory.

The coronavirus pandemic, which ravaged portions of China and Italy, has arrived in the United States and our central planners have panicked. We do not have a free market here in the health-care delivery system; rather, we have thousands of pages of regulations and control at the federal, state and local levels.

That control was revealed as manifestly deficient and ignorant when the virus struck. The feds have been so protective of their control of health-care -- an area of governance that the Supreme Court has ruled is nowhere delegated to them in the Constitution, and but for their power to tax those who defy them, would be nonexistent that they insisted that only the Centers for Disease Control in Atlanta can be trusted to test for the virus.

Judge Andrew P. Napolitano is a graduate of Princeton University and the University of Notre Dame Law School. He is the youngest life-tenured Superior Court judge in the history of the State of New Jersey.  He sat on the bench from 1987 to (more...)
Related Topic(s): Freedom; Freedom Of Information Act; Government; Liberty; Rights; Unconstitutional, Add Tags
Add to My Group(s)
Go To Commenting
The views expressed herein are the sole responsibility of the author and do not necessarily reflect those of this website or its editors.