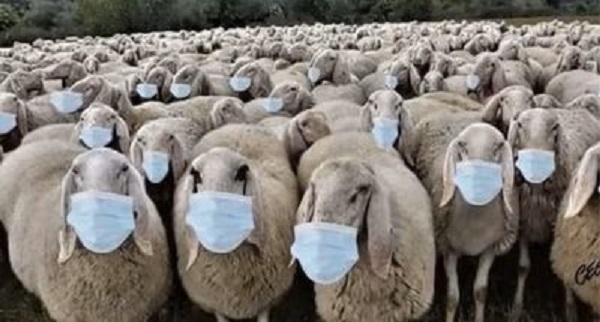 We authorize those officials to protect our rights and we prohibit them from interfering with our personal choices
(Image by globalresearch.ca)   Details   DMCA

To Thomas Jefferson, the fulcrum between the people and the government they have elected was fear. He argued succinctly that the government would only respect liberty if it feared losing power.

Jefferson's answer to that question in 1801, the year he became president, was that the government worked for us. Today, unfortunately, this same question has two answers a functional one ad a formal one. One would stumble answering this question if one looked only at how some state governors are treating the people for whom they claim to be working. One needs to look as well at the nature of government in a free society.

Six months ago, no one could have imagined where we are in America today. Then, if anyone had suggested that the governors of all 50 states, in varying degrees of severity, would be using police to interfere with personal choices choices that we and our forbearers have all made without giving a second thought to the preferences of the government no one would have believed it.

Think for a moment of how you would have reacted to any pre-COVID-19 idea that the police in America using not the force of opinion but the force of arms would prevent you from going out of your home, operating your business, jogging in a park, patronizing a restaurant or clothing store, buying a garden hose, going to Mass or church or temple or mosque or even joining a small public gathering of folks who want to protest these prohibitions.

Judge Andrew P. Napolitano is a graduate of Princeton University and the University of Notre Dame Law School. He is the youngest life-tenured Superior Court judge in the history of the State of New Jersey.  He sat on the bench from 1987 to (more...)
Related Topic(s): Choice; Civil Rights; Constitutional Issues; Corona Virus Coronavirus Covid-19; Corona Virus Victims; Government; Governors; Justice; Law; Liberty; (more...) People; Police; Police State; Politicians; Sheeple; Tyranny; US Constitution, Add Tags  (less...)
Add to My Group(s)
Go To Commenting
The views expressed herein are the sole responsibility of the author and do not necessarily reflect those of this website or its editors.