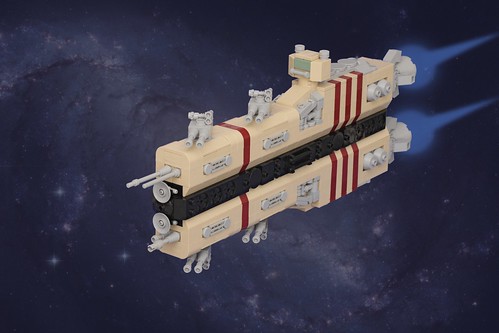 The Glory of Ignorance
(Image by pasukaru76)   Details   DMCA

America is the land of freedom. Americans feel free to think whatever they want. They are also free to be ignorant but they pay a high price for their ignorance, in particular when it comes to what transpires beyond sacred US borders.

American ignorance of the rest of the world is of paramount importance because this is where the most serious political and economic costs come: massive ever-growing US military expenditures to keep the world in line, the price paid for US alliances with the likes of Israel and Saudi Arabia, standing in the way of solutions to global warming, undermining legitimate governments and producing waves of desperate immigrants seeking salvation in, ironically, of all places, America.

The media are obsessed with Trump as liberals desperately search for someone to defeat him, but there is no issue, not even single-payer health care, that compares with the importance of dismantling the Empire.

Of course, we can't simply blame the victim. We know the major perpetrators who encourage ignorance and propagate myth: established politicians and mainstream media. In any case we have a catch 22, a continuous loop of ignorance and deception about the wider world. Humans naturally identify with those who look and sound like them; the other is often feared. It takes incredible effort to get beyond these limitations. Being beset with one's own problems is a partial explanation, but it's not an excuse.

The sad part, the irony, the contradiction is that so much good information exists. Indeed, there has been a proliferation of alternative web sites and sources that challenge American FreeDumb. Max Blumenthal recently took us on a tour of a Venezuelan grocery market to demonstrate that it's run-away inflation and a shift to US dollars due to US economic interference rather than lack of food that keeps Venezuelans from getting the nutrition they need (http://www.informationclearinghouse.info/51150.htm). The world is out there but getting awareness of it into the land of FreeDumb is no small challenge

Most of the new crop of Democratic left liberals prefer to sidestep the world. The Green New Deal's references to cutting the military is not the same as challenging Empire. With just half of what the Pentagon gets now it could easily go on conquering and pillaging at will. FDR's New Deal was all about saving world capitalism. If the GND is not about dismantling it, it will fail us no matter how many solar panels are produced.

The US is best buddies with the likes of Israel and Saudi Arabia because they facilitate the maintenance and expansion of Empire. They are willing to do things that even the CIA might not try. Ilhan Omar's sin is not anti-Semitism but questioning Empire as illustrated by her similar comments on Venezuela or El Salvador or any number of other far-flung reaches of Empire that most Americans would prefer to forget (https://www.theguardian.com/politics/2019/feb/13/ilhan-omar-elliott-abrams-trump-venezuela).

Fox News consciously misrepresents, but NPR and PBS prefer omission. The fact that Minnesota Public Radio now interrupts its rehash morning program for 30 seconds of international headlines from the BBC is a clear admission that the rest of the world is not a priority for them. Then it's back to Trump tweets, two-party name calling, or those nasty Russians.

Global warming might be a more urgent reality if seen from the perspective of masses of typhoon victims in Mozambique vs. those who can crank up the air conditioner or central heating.

Liberals and Trumpers are both concerned about migrants at the US borders. But where did all these unfortunates come from? They come from the failed states of Central America, Africa, Iraq, etc., largely the handiwork of US Empire builders. Who knew!

Talk to "progressive" state and local elected officials and they will tell you about all the things they cannot accomplish for lack of funds, but few would challenge or are even fully aware of the extent to which national resources are diverted toward maintaining the Empire.

Comfortable myths and consumer distraction make FreeDumb more attractive than paying attention to the world, which is often too unsettling to confront. Thus, there is no single cure for this illness.

Radical skepticism is a prime requirement, turning the "crap detector" all the way up on high. One doesn't have to be a conspiracy theorist to suspect that power outages in Venezuela are most likely the work of "the opposition" and their US backers. Such things have happened so many, many times before! If people don't want to hear it, if it makes them squirm, it probably needs to be said. Palestine is the classic example. There is lots of room for vigorous debate but it must go far beyond the US.

A precondition for solidarity is awareness. John Smith in his Imperialism in the Twenty-First Century comments that the globalization of the working class brings with it an unprecedented opportunity for solidarity. Yet, while not virulently jingoistic as in past decades, US unions show little international solidarity, instead following the lead of the feckless Democratic party. An injury to one is an injury to all, including super-exploited workers at the corners of the Empire.

We can't rely on traditional "leadership" on international issues. When someone like Ilhan Omar appears, she must be vigorously supported. For the most part, we are left to create our own leaders. Those who would expose the Empire can almost never win elections or manage to stay in office.

Ignorance is bliss. But it's a fool's paradise. Engaging the world and challenging Empire is as energizing as it is necessary for survival.

Retired from the University of Wisconsin-Superior. Former director of international programs office and Superior English as a Second Language Institute. Ph.D., University of Minnesota. M.A. degrees in linguistics and East Asian Studies from the (more...)
Related Topic(s): American Foreign Policy; Global Arms Race; Global Capitalism; Global Elite; Global Hegemony; International Relief Aid, Add Tags
Add to My Group(s)
Go To Commenting
The views expressed herein are the sole responsibility of the author and do not necessarily reflect those of this website or its editors.

Thanks for Having Me!