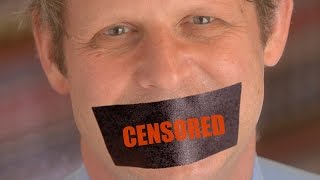 Georgetown University law professor Jonathan Turley notes that the University of California, once a bastion of free speech, now is opposed to it. The university now punishes people for opinions expressed outside the classroom and the university.

Not that long ago American universities emphasized tolerance of all views so that truth would not be obscured by dogmas. Little doubt this emphasis traced its heritage back to the Church's interference in the scientific question whether the earth was the center of the solar system. In order to save their lives, astronomers were forced to renounce their findings and to assert the truth of dogmas that they knew to be wrong.

Today the same thing is happening in American universities, only the deadly controversies are over race and gender issues, not whether the sun revolves around the earth.

When I was a student liberal professors found Voltaire to be an exemplar of the correct attitude toward free speech. Voltaire quotes were used everywhere in the halls of learning:

"Think for yourself and let others enjoy the privilege of doing so too."

"I may not agree with what you say, but I will defend your right to say it."

"Cherish those who seek the truth but beware of those who find it."

"Doubt is an uncomfortable condition, but certainty is a ridiculous one."

"It is clear that the individual who persecutes a man, his brother, because he is not of the same opinion, is a monster."

Today Voltaire is never heard from. Dogma has shoved aside tolerance and taken control of American universities in which Political Correctness, an ideology or religion in which emotional-based beliefs of certain "preferred" groups with aristocratic or Vatican privileges, such as black activists, abortionists, and sexual deviants, cannot be "offended" by facts or by someone's contrary opinion.

The latest case of academic persecution is Laura Tanner, a doctoral candidate and teaching assistant in the Department of Feminist Studies at the Santa Barbara campus of the University of California, formerly a great university, now a cesspool of intolerance and Identity Politics.

Despite her feminist credentials, Tanner is under attack, not for what she said in the classroom, but for what she expressed in tweets. She expressed her opinion that "It's not possible to be born in the wrong body." Therefore a man in a man's body cannot claim to be a woman. This exercise in plausible deductive reasoning resulted in Tanner being labeled "trans-phobic."

A former student of Tanner's, an academic terrorist -- Kremina Youssef -- seems set on destroying Tanner's career prospects simply because Tanner expressed an opinion on Twitter with which Youssef disagrees. Students and alumni have taken the position that although Tanner excels in her teaching role, she should be fired for her "distressing" view on transgenderism. The fact that the vast majority of Americans do not find Tanner's view distressing is considered irrelevant.

Laury Oaks, the chairperson of the Feminist Studies department, believes that a Title IX civil rights complaint can be filed against Tanner. The position taken by the intolerant freaks attempting to destroy Tanner for "distressing" a newly invented gender based on self-declaration is:

Related Topic(s): Free Speech Censored; Students; Universities, Add Tags
Add to My Group(s)
Go To Commenting
The views expressed herein are the sole responsibility of the author and do not necessarily reflect those of this website or its editors.