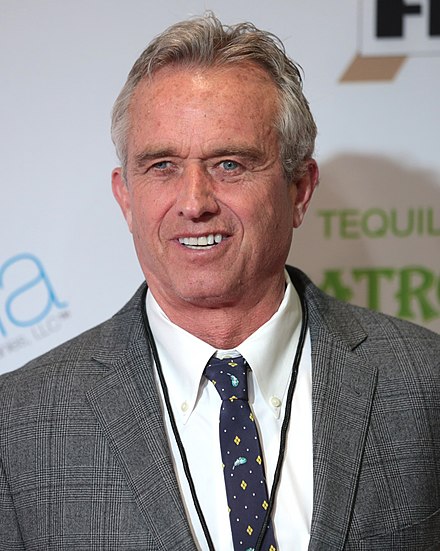 Introduction: Minds like Robert F. Kennedy Jr.'s stand out rarely in the contemporary American scene. Some accuse him of being an "iconoclast"; some in the medical establishment dismiss him and his colleagues as "radical." But what is "radical" about telling the truth when others are doing all the lying and misrepresentations on matters that should be based entirely on the truth? In this brilliant letter, he assails Sanjay Gupta and CNN for their being proponents of big pharmaceutical compnany's lies and propaganda.

(Who is Sanjay Gupta? He is an American neurosurgeon, medical reporter, and writer. He serves as associate chief of the neurosurgery service at Grady Memorial Hospital in Atlanta, Georgia, and as assistant professor of neurosurgery at the Emory University School of Medicine and Chief Medical Correspondent for CNN. He is the chief medical correspondent and the host of the CNN show Sanjay Gupta MD for which he has won multiple Emmy Awards. He is a frequent contributor to other CNN programs such as American Morning, Larry King Live, and Anderson Cooper 360°. His reports from Charity Hospital, New Orleans, Louisiana, in the wake of Hurricane Katrina led to him winning a 2006 Emmy Award for Outstanding Feature Story in a Regularly Scheduled Newscast. He is also a special correspondent for CBS News)

Judge for yourself, as you read this incisive expose from one of the best debaters and one of the best debunkers working in the world today. I am old enough to remember the very day, June 6, 1968, just after winning the California primary, when RFK II's father, Bobby Kennedy, was gunned down in the Ambassador Hotel in Los Angeles. I was in the neighborhood, not far away, and I remember wondering what were the helicopters, sirens ,and fire department trucks converging on the Ambassador for? The next day, I was so disheartened by this tragedy and the accumulations of JFK and Martin Luther King assassinations , I asked my mother if I could borrow $1000 to go to Europe for summer, to simply vacate my nation, in disgust, terror, and fear.

For me at age 20, this iron fist breaking up the high ideals and hopes of a whole generation had crashed down again. That is why to this day, 52 years later, I always stop to se what RFK Jr. has to say.

At one point, another RFK child, Kathleen Kennedy Townsend, lived in Santa Fe, before she moved to Maryland and was elected Lt. Governor. Very recently, her daughter and grandson died by drowning in a boating accident tragedy.

These are wise and dedicated children of a great American; they are very serious and committed people who have no time nor toleration for those who misled us, nor even those who are so easily misled.

Related Topic(s): Coronavirus Pandemic; Media CNN; Robert F Kennedy Jr; Sanjay Gupta, Add Tags
Add to My Group(s)
Go To Commenting
The views expressed herein are the sole responsibility of the author and do not necessarily reflect those of this website or its editors.