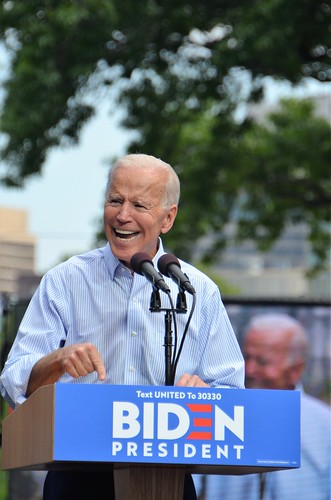 Democracy is the very heart of this nation. The United States of America was the first modern democracy and a beacon of hope to all oppressed people; the used, abused and exploited of the world. It is government of the people, by the people and for the people. The people meaning all the citizens, not an elite few or an aristocracy of wealth.

Our domestic struggle has always been between those who believed in governance by an aristocracy of wealth and power and those who believed in governance by the people (democracy). One side believed that wealth and social status entitled them to be the natural leaders, and others believed that the ordinary people were capable of governing themselves and mapping out their own futures. Although those who believed in a ruling aristocracy often paid lip service to democracy, beneath the surface it was always about accumulating wealth and power for itself by exploiting the ordinary citizens and the natural resources. That goal was, of course, not sustainable and the crash of 1929 clearly showed that.

The result was a democratic uprising putting FDR in power and bringing the corrections of the New Deal. The reaction of the economic aristocracy was a desire to undo the New Deal and eventually to take off the gloves and declare war on democracy itself, ensconcing themselves as a ruling class. First, they began by weakening the New Deal in as many ways as they could but then the democratic impulse began to grow again with the election of JFK.

The 1960's was the end of their patience. Somehow the 3 leaders of those forces of democracy were assassinated within 5 years and by 1968 the cry of "law and order" began to take hold, ending any hope of change. After the confrontations of the Democratic Convention in Chicago in 1968 and the election of Richard Nixon, the hopes for a widening democracy were thwarted, and we began a new ideological direction for this nation. It was the ideology of capitalism, the ideology of an economic aristocracy, but not democracy. It was the alien ideology of wealth having primacy over people.

As that ideology became entrenched and a government formed to serve that economic aristocracy, the ideals of democracy began to be ignored and the foundations of democracy itself began to be eroded. The further that process went the closer the nation came to an authoritarian state. As the levers of governance and communication continued to be co-opted by that wealthy aristocracy and as the public elements were weakened, sold off or simply destroyed, the handwriting was on the wall for all to see.

The finishing touch, the coup de grace, came with the 2016 election when the nation elected its first dictator in training.

We are now faced with the resulting destruction of the final few democratic structures and the final loss of any concern for the humanity of the ordinary citizens except as economic units to serve the ends of that economic elite and then to be discarded as useless-the losers.

· Care for the wounded; stop the bleeding, then treat the wound, then create a safe environment for healing.

· Rebuild a society to prevent future problems and to help people grow and thrive as human beings.

· Save the planet to secure a human future.

The disaster is profound and clearly apparent and is continuing apace as we wait for an election to stop the disaster. We cannot wait! Things are deteriorating too quickly. We have watched the national government and its agencies turning into mechanisms for the support and feeding of that wealthy aristocracy. That it functions very well in serving that oligarchy is abundantly clear and is the result of allowing that accumulation of power to grow for decades.

We have justified our indifference by settling for meaningless incremental change as any kind of real solution while choosing the lesser of 2 evils to avoid confrontation, knowing full well that we are settling for some version of an evil solution. That began our descent on a slippery and evil slope has led to greater and greater versions of evil. Now, we are confronted with unmitigated evil destroying the last shreds of or democracy and anything we would want to call an American society. We watch as, almost daily, our social structures, our public services and our democratic underpinnings are being wiped out.

Related Topic(s): Alternative; Change; Citizens; Election; GrassRoots; People, Add Tags
Add to My Group(s)
Go To Commenting
The views expressed herein are the sole responsibility of the author and do not necessarily reflect those of this website or its editors.