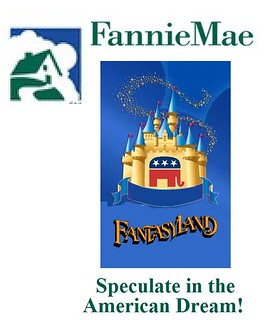 Unfortunately, because of the Obama administration's soft on crime approach to the bankers who became rich in the process; the industry is still a cesspool of excess and greed. Just to be clear, knowingly issuing and packaging a fraudulent mortgage is a crime, the sort of thing for which people go to jail. But thanks to the political power of the Wall Street, none of them went to jail, and in fact they got to keep the money.

Since the penalties for ripping off people are trivial to non-existent, the financial sector finds this to be a much more profitable line of business than actually providing financial services. The New York Times recently reported on the boom in the subprime market for auto loans featuring many of the same abusive practices we saw in the subprime mortgage market during the bubble years. Lenders are slapping on extra fees, changing the terms after contracts are signed, and doing all the other fun things we have come to expect from leaders in finance. The used car industry was sufficiently powerful that it was able to gain an exemption from being covered by the Consumer Financial Protection Bureau.

We could look to contain these abuses with better regulation, but there is an easier route: competition. Senator Elizabeth Warren and others have proposed re-establishing a postal banking system. The Postal Service used to provide many basic banking services and postal banks still exist in many European countries. It should be a simple enough matter to re-establish such a system, run on a profit-making basis, that would provide basic services to low and moderate income households.

Such a system would allow people to get a loan to buy a car at a fair rate with a normal contract, not some convoluted product designed by a Harvard M.B.A. to fool people who don't spend their lives reading contracts. A postal bank could offer basic checking and saving accounts and debt and credit cards, which would not come with punitive overdraft fees to gouge people who are down on their luck or made a mistake in their accounting. The financial industry would still be able to hawk their own loans and accounts, so that people who want to be ripped off would still have the option to do business with the private sector.

There is a similar story with retirement accounts. There are responsible firms like Vanguard, which try to minimize fees and do not shove people into trading accounts that are almost sure losers for them, but many people blow much of their savings on the expenses that financial firms charge them to handle their accounts. In many cases people lose more than a third of their earnings on trading and management fees.

Here also the government can provide an enormous service by offering an alternative account that people would have the option to use. Ideally this would be done at the federal level, but states could also offer similar accounts, as California and Washington State are both considering. If an account's annual fees can be held to a 0.3-0.5 percent range, as opposed to the 1.5-2.0 percent levels charged by some funds, it can add more than 20 percent to a worker's savings at retirement.

The third place where the government can play a use in finance, it is already on the job. This is in providing a secondary market for home mortgages. Since the mixed public-private versions of Fannie Mae and Freddie Mac effectively went bankrupt in 2008, they have essentially operated as publicly owned companies. The vast majority of mortgages issued in the years since the crash have been purchased in the secondary market by Fannie and Freddie.

Even though these companies are now operating effectively and efficiently, the leadership of both parties is anxious to dismantle them. The preferred option is a public-private mix, as proposed in a bill by senators Crapo and Johnson. This bill would give us added costs from private sector profits and recreate the moral hazard problem that led the public-private versions of Fannie and Freddie to go bankrupt. Once again the private sector would stand to profit by passing off risk to the government.

The push for privatizing Fannie and Freddie takes bizarre forms in the nation's capital. The idea of public corporations operating efficiently, and more importantly profits being foregone by the financial industry, is too much for the politicians and pundits to tolerate.

We have been told that these corporations are responsible for depressed housing prices, even though house prices are now somewhat above their trend level. Supposedly the uncertainty about the future of the mortgage giants is dissuading construction, even though any development could started, completed, and sold off long before any changes in mortgage system could possibly take effect. Somehow the public status of Fannie and Freddie is supposed to be impeding the recovery even if no one has yet been able to develop a coherent explanation as to how this would be.

The bloated financial sector in the United States is a major engine of inequality sucking money away from poor and middle income households and making folks like Lloyd Blankfein, Jamie Dimon, and Robert Rubin incredibly rich. There are many who want the government to play a rule in reducing inequality. That might be a desirable goal. However a higher priority would be to have the government stop playing a role in increasing inequality as it does with its support for the financial industry. The outcome of the plans to dismantle Fannie and Freddie will be an important test of where the money is going.

Dr. Dean Baker is a macroeconomist and Co-Director of the Center for Economic and Policy Research in Washington, D.C. He previously worked as a senior economist at the Economic Policy Institute and an assistant professor at Bucknell University. (more...)
Related Topic(s): Bankers; Bankers; Banks; Corruption; Finance; Finance Reform; Finance-Banking; Financial; Housing; Waste, Add Tags
Add to My Group(s)
Go To Commenting
The views expressed herein are the sole responsibility of the author and do not necessarily reflect those of this website or its editors.