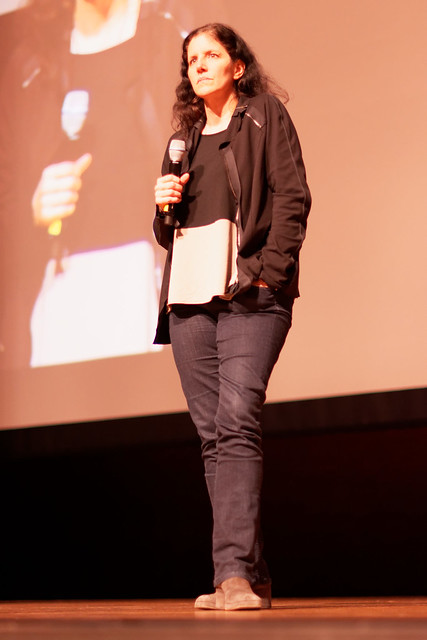 Documents released in response to a lawsuit suggest Oscar-winning documentary filmmaker Laura Poitras was stopped routinely by airport security because she was falsely accused of involvement in an ambush in Iraq. The attack resulted in the death of a United States soldier in 2004.

Poitras shared more than 1,000 pages of documents with the Associated Press. While the AP did not indicate what specific agencies released documents, it reported members of a U.S. Army National Guard unit from Oregon claimed to have seen a "white female" with a "camera on a rooftop just before they were attacked." Multiple guardsmen believed she may have known about the attack ahead of time and failed to share this information with U.S. forces "because she wanted to film" the ambush.

At the time, Poitras was in Iraq filming her documentary, "My Country, My Country." She unequivocally denied this spurious allegation.

"There is no ambush footage," Poitras asserted. "That's the narrative that they created, but it doesn't correspond with any facts."

Author John Bruning, who wrote "The Devil's Sandbox: With the 2nd Battalion, 162nd Infantry at War in Iraq," dedicated a full chapter ("The Woman On the Roof") to soldiers in the battalion who believed they saw Poitras. He also apparently passed allegations about Poitras on to the U.S. military.

There was a lieutenant colonel, who thought he may have seen Poitras on a rooftop. He returned home and was later interviewed by Bruning.

"In February 2006, a military police agent from Fort Lewis, Washington, interviewed the lieutenant colonel and the author," according to the Associated Press.

Poitras never suggested she was the woman in any email to Bruning. He chose to identify with the soldiers in the battalion and act against her.

"She was not in fear of her life or being kidnapped at a time when Western journalists were being abducted and executed," Bruning maintained in a sworn statement to military investigators. But that ignores what Poitras told him via email, which is that she "did not venture out onto the street" the day of the attack because she did not think it would be a "good idea."

The Army Criminal Investigation Command could not substantiate the allegations against her.

"A review by our legal staff of the information developed thus far revealed credible information does not presently exist to believe Ms. Poitras committed a criminal offense; however, this could quickly change if Ms. Poitras were to be interviewed and admitted she had knowledge of the ambush and refused to notify U.S. forces in order to further her documentary and media interest," according to a letter to the Federal Bureau of Investigation.

It was in May 2006 that Army officials summarized the status of the investigation for the FBI and soon after the harassment by airport security started.

Kevin Gosztola is managing editor of Shadowproof Press. He also produces and co-hosts the weekly podcast, "Unauthorized Disclosure." He was an editor for OpEdNews.com
Related Topic(s): Laura Poitras, Add Tags
Add to My Group(s)
Go To Commenting
The views expressed herein are the sole responsibility of the author and do not necessarily reflect those of this website or its editors.