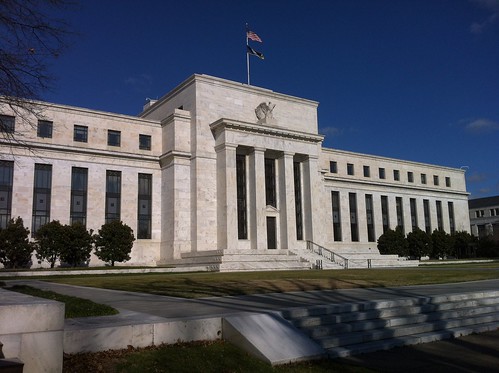 The US Federal Reserve has announced a major shift in its official framework for determining monetary policy to bring it into line with its existing practice of supporting financial markets, following the 2008 financial crisis and now the pandemic, and to assure them such support will continue indefinitely.

The shift was announced in a statement released by the policy-making Federal Open Market Committee (FOMC) yesterday morning before a keynote address by Fed chair Jerome Powell to the Jackson Hole conference of central bankers.

The FOMC said in future its interest rate policy would be formulated with the aim of seeking to ensure the inflation rate achieved an "average" of 2 percent over time, removing the concern in the markets that the Fed would look to lift rates once the inflation rate went above 2 percent.

The effect of this change is to assure Wall Street that the Fed rate, and the interest rate structure of the entire financial system based on it, will remain at their present ultra-low levels for a long time.

To bolster this assurance, the FOMC also made clear that because low official unemployment rates in the period prior to the pandemic had not produced significant wage rises or set off inflation the Fed would not look to lift interest rates if the labour market tightened.

The breakdown in the previous relationship is largely the result of changes in the labour market in the past decade through the increased use of gig economy employment, part-time working and casualisation which have been the major source of increased employment rather than full-time jobs.

Announcing its new policy framework, the FOMC said the "updates reflect changes in the economy over the past decade and how policymakers are taking these changes into account in conducting monetary policy."

That was an accurate assessment as far as it went. But the rest of the statement and the address delivered by Powell explaining the change was largely an exercise in covering up the real driving forces of the shift.

Powell spoke of the need to ensure the achievement of the Fed's congressionally mandated goals of achieving price stability and maximum employment "in service to the American people," together with the claim that through its "listening" program it had been taking into account their views and those of their communities.

There was no reference to the most significant change over the past period, especially in the wake of the financial crisis of 2008, that is, the growing divorce of Wall Street from the underlying real economy and the accumulation of wealth in the hands of a financial oligarchy at the expense of the rest of society.

This process -- epitomised by the news on Wednesday that the wealth of Amazon chief Jeff Bezos has now reached $200 billion as he rakes in $321 million per day -- has seen the institutionalization of mechanisms whereby profit is accumulated via speculation, share buy backs and other forms of "financial engineering."

These mechanisms, which involve the siphoning of ever increasing amounts of wealth produced by the labour of hundreds of millions of workers into the coffers of a tiny financial elite, depend above all on the guaranteed maintenance of ultra-low interest rates and a Fed commitment that it will step in to back the markets whenever rampant speculation threatens a financial crisis.

This has been the actual practice of the Fed, going back to the stock market crash of October 1987 and accelerating after the meltdown of 2008.

But to the extent it was not formally codified and there was any degree of ambiguity in the central bank's policy framework statement the financial markets demanded that changes be made in the interests of so-called "forward guidance." That demand has now been met.

Australian  Trotskyist,  Nick Beams is the Secretary of the Socialist Equality Party in Australia. His work has appeared on Global Research, the Progressive Radio Network, Tlaxcala, & the author of Marxism & (more...)
Related Topic(s): Bankers; Economy; Wall Street; Wall Street Greed, Add Tags
Add to My Group(s)
Go To Commenting
The views expressed herein are the sole responsibility of the author and do not necessarily reflect those of this website or its editors.