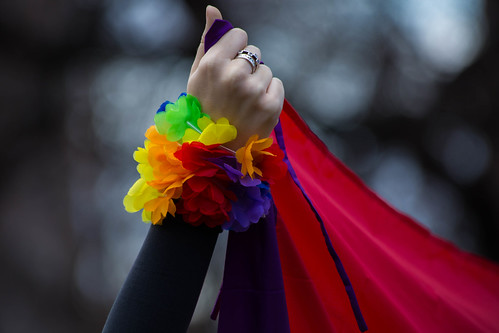 Tomorrow (Nov 15 in Australia) there will be an announcement of the results of an Australian plebiscite on same-sex marriage (SSM). The plebiscite is non-binding; there is no legalization unless Parliament votes it into law.

Polls predict a resounding Yes vote, in favor of legalization. If that happens, debate will shift to Parliament and center on protection of "religious liberties," whatever that means.

People had about two months to return their postal ballots. Many sermons and letters to the media stated religious objections to SSM. Credit them with being honest. Conversely, most No advocates, realizing that the majority of the public does not agree, resorted to slippery slope arguments.

No advocates outspent Yes advocates by five-to-one. TV ads for No avoided mentioning SSM per sec. Instead, they kept repeating without elaboration or justification that legalization would result in parents "losing control" of their children. The campaign particularly targeted the large Asian-born population on grounds, right or wrong, that they represented a socially conservative demographic.

Wikipedia has a good article on the SSM debate's history:

Non-binding plebiscites (as opposed to binding constitutional referendums) are very rare in Australia. Only two have been held, both a century ago.

This one is different in that legally it isn't a plebiscite, but rather a survey. That is because Parliament in 2016 turned down a plebiscite. So the government led by Prime Minister Malcolm Campbell sidestepped that requirement by ordering the Australian Bureau of Statistics carry out an opinion "survey" of persons on the electoral rolls. Almost eighty percents of the ballots have been returned, a high turnout that is generally thought to favor a Yes vote.

Why a plebiscite? It's part wishful thinking on the part of SSM opponents and part cop out.

By 2016 it was known that a majority in both houses of Parliament would vote Yes in a free vote in which parties do not require conformity. A strong majority of Labor MPs and independents and a sizable minority of MPs in the ruling Coalition (Liberal/National) were known to favor legalization.

Opponents generally backed the plebiscite. One explanation is they thought they could win through a well-planned campaign and if much of the public did not return their ballots. Former PM Tony Abott, a staunch opponent on religious grounds, early proposed a plebiscite and appears to have thought No would carry.

Other Parliamentarians within the ruling coalition are publicly in favor of a Yes vote but backed the plebiscite. They include PM Campbell, who once made an eloquent speech in Parliament in favor of SSM. One interpretation is that the plebiscite will let them vote Yes without incurring the wrath of religious conservatives.

We'll see what happens tomorrow and then in Parliament.

Dan Vasey is a home brewer and reformed academic, living in Australia and retired from teaching after stints in Colorado, Papua New Guinea and Iowa. An anthropologist and human ecologist, his research specialty has been population and agriculture. (more...)
Related Topic(s): Australian Politics; LGBT; Marriage; Marriage Equality; Religion; Same-sex Marriage, Add Tags
Add to My Group(s)
Go To Commenting
The views expressed herein are the sole responsibility of the author and do not necessarily reflect those of this website or its editors.

When American Business Fights a Higher Minimum Wage, It's a Tragedy of the Commons

Vote Absentee and Forget About ID