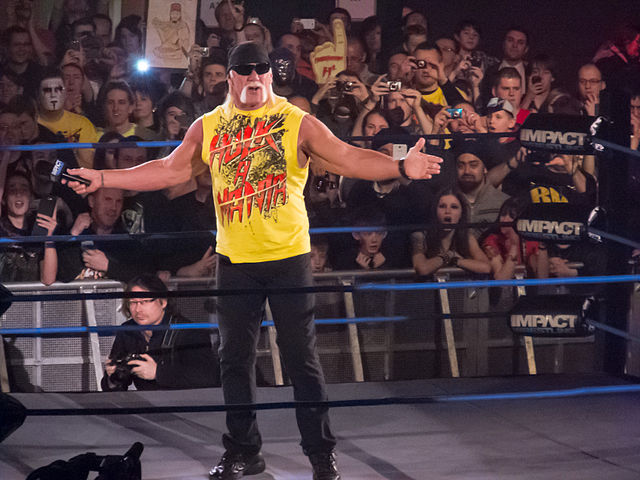 When Terry Bollea, aka Hulk Hogan, sued Gawker Media for invasion of privacy, infringement of personality rights, and intentional infliction of emotional distress, the suit's chief effect was to amplify the "news" that Bollea had been caught on video having sex with another man's wife. Par for the course as salacious popular culture goes, and most of us treated it that way: As something of a joke.

The laughter came to an abrupt halt when a jury found in Bollea's favor, bankrupting Gawker with judgments totaling $140 million. In his new film, Nobody Speak, director Brian Knappenberger delves into the case and what it portends for the future of a free press in America. If you subscribe to Netflix, you need to watch this documentary. If you don't, the film is worth your first month's subscription fee (no, I don't work for or own stock in Netflix).

A few key facts that should whet your interest:

The truth of the Gawker "story" was never at issue. Bollea did, in fact, have sex with Heather Clem (wife of entertainment personality Tod Alan "Bubba the Love Sponge" Clem). That the encounter happened and that the video of it was authentic was not something Bollea ever disputed.

Nor, so far as I can tell, did Bollea ever claim that Gawker commissioned the video in advance, or sought after it once it was made. Gawker received it, found it "newsworthy" by their standards (not an unreasonable finding given the site's focus and audience), and ran with it.

Bollea's legal argument boiled down to "my feelings are hurt -- don't let Gawker get away with telling the truth."

For this, he was awarded $115 million in compensatory damages and $25 million in punitive damages (he "only" received $31 million -- Gawker declared bankruptcy and sold off its assets to pay him that much).

But there's more: It turns out that Bollea's lawsuit had an angel investor, someone willing to pay for his lawyers with the express intent of killing Gawker. That investor was Silicon Valley billionaire Peter Thiel, who had a similar bone to pick with Gawker. They'd told the truth about him, too -- that he is a gay man -- and his feelings, like Bollea's, were hurt.

Nobody Speak segues, perhaps a bit strangely, from the Bollea/Thiel/Gawker fight to casino magnate Sheldon Adelson's 2015 takeover of the Las Vegas Review-Journal, a newspaper with a record of writing critically about his business and political ventures. The connecting thread between the two sections of the film is the threat that personal wealth might represent to press freedom. I found the latter topic less compelling. Your mileage may vary.

There are lessons to be learned from Nobody Speaks. If we learn them, Terry Bollea and Peter Thiel will go down in history not as a well-known entertainment figure and a successful tech innovator, but rather as two evildoers who manipulated the legal system to punish the publication of true and accurate information. That portends a fight the public can't afford to lose. Watch the film.

Related Topic(s): Gawker; Hulk Hogan; Peter Thiel, Add Tags
Add to My Group(s)
Go To Commenting
The views expressed herein are the sole responsibility of the author and do not necessarily reflect those of this website or its editors.