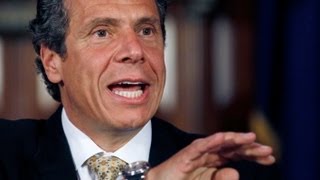 The tax plan the Republicans pushed through at the end of last year was a grab bag of goodies for Republican donors. The centerpiece was of course the big tax for corporations, which included large reductions in the tax already owed on overseas profits. Also, the plan included massive gaming opportunities for people creating pass-through corporations, along with special treatment for the real estate and oil industry.

In addition, the Republicans decided to take a big swing at more liberal states like California and New York, which both provide better services to their residents and vote Democratic in national elections. This was the logic of limiting the size of the deduction for state and local taxes to $10,000.

In these states, with their high house prices, even upper middle-income people can reach this cap on their property taxes alone. That means that none of their state income taxes will be deductible.

While this provision has the effect of substantially raising the relative burden for higher-income people living in high tax states, progressives should still be concerned. This provision also means it will be harder for liberal states to do things like provide quality child care, decent health care, and free college for their residents.

Under the old law, the federal government effectively picked up 40 cents of every dollar that California or New York taxed its high-income households. Now that these wealthy households have to bear the full cost of their state and local taxes, we can expect that they will fight much harder against any future state and local tax increases, and quite likely will look for cuts in their tax burdens.

They will also put more effort into avoiding states taxes, for example, by lying about their primary residence, or in the extreme case moving to a lower tax state. In fact, this is exactly what Steven Moore, an economic adviser to the Trump campaign, gleefully predicted after the bill's passage.

While Moore may not see his dream of a mass migration of high-income families out of California, New York, and other liberal states, there is no dispute that the new tax law will make it more difficult for these states to raise revenue.

This is the context in which New York governor Andrew Cuomo's moves to undo the tax cap must be understood. He proposed a variety of measures that are aimed at protecting much or all of the deduction for New York state residents.

Probably the measure with the best chance of success is one that replaces a portion of the state income tax with an employer-side payroll tax. Under this plan, employers would pay a 5.0 percent tax on their workers' wages, which would be offset by a 5.0 percentage point reduction in their state income tax liability.

For example, suppose that a worker earning $100,000 a year previously paid five percent of their income, or $5,000, to the state in taxes. Under the Cuomo plan, the employer instead pays $5,000 for the payroll tax, but the worker owes no income tax.

We would expect that the employer would cut workers' pay by the $5,000 they had to pay in payroll taxes. This leaves the worker with $95,000 in pay, the same as they had previously after paying their state taxes, but now they only have to pay federal income taxes on this $95,000 in income, not $100,000.

This move effectively preserves the deduction for the state income tax. One of the clever features of the employer-side payroll tax is that even workers who do not itemize would benefit, since they would also see their taxable income reduced by the size of the payroll tax.

In practice, the story is a bit more complicated since Cuomo's plan has a $40,000 zero bracket, which means the tax is not paid on the first $40,000 in wages. He also made it voluntary so that employers could opt into this payroll tax system -- thereby saving workers money on their income taxes -- but they would not be required to go this route.

Dr. Dean Baker is a macroeconomist and Co-Director of the Center for Economic and Policy Research in Washington, D.C. He previously worked as a senior economist at the Economic Policy Institute and an assistant professor at Bucknell University. (more...)
Related Topic(s): Gop Tax Bill; Gov Andrew Cuomo; Payroll Taxes; Progressives; Republican Tax Plan, Add Tags
Add to My Group(s)
Go To Commenting
The views expressed herein are the sole responsibility of the author and do not necessarily reflect those of this website or its editors.