Earth Day was founded to spotlight the environment, and the first celebration was on April 22, 1970. More than 20 million people in the U.S. participated. The Associated Press reported, "Across the nation, trash was gathered, streets swept, ponds and parks cleaned, trees and flowers planted" as "youth joined hands with age across the generation gap."

By the 1990s it had become an international celebration, and on Earth Day 2020, over 100 million people around the world observed the 50th anniversary in what is referred to as the "largest online mass mobilization in history."

The holiday was originally suggested by peace activist John McConnell who proposed using the spring equinox as a day to honor the Earth and the concept of peace. Inspired, U.S. Senator Gaylord Nelson proposed a nationwide environmental "teach-in" on April 22, 1970, and hired Denis Hayes, a young activist, as National Coordinator. Denis and his staff quickly developed the event beyond the original idea for a teach-in, and the first Earth Day was born.

When the event was announced in March, 1970, word about it spread remarkably fast for a pre-internet world. My high school art teacher heard about it and encouraged students to make artwork to celebrate the occasion. I created "Hope" in pen and ink and watercolor. The school held an art exhibit in the courtyard, and "Hope" was the first piece I ever sold! My artist buddy's father bought it for $25, an amazing sum back then, when I was working part time for minimum wage, $1.60/hour. I was reluctant to part with the artwork, but needed money to pay for my art lessons, so I painted him a duplicate and we were both happy! 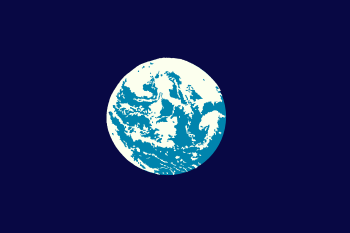 As we move into the second half-century of Earth Day celebrations, it's insightful to consider the world at the time the holiday was born:

In April 1970, Richard Nixon was president and the Viet Nam war and resistance against it were ongoing.

Apollo 13 lifted off but its scheduled moon landing was cancelled after a near disaster in space.

The comic strip Broom-Hilda was launched and Paul McCartney announced that he was leaving the Beatles.

Top songs on the radio in April 1970, included:

Beatles' Let it Be

He Ain't Heavy, He's My Brother by the Hollies

Didn't I (Blow Your Mind This Time) by The Delfonics

Related Topic(s): Beatles; Earth Day; Protest; Songs; Woodstock, Add Tags
Add to My Group(s)
Go To Commenting
The views expressed herein are the sole responsibility of the author and do not necessarily reflect those of this website or its editors.

STAY IN THE KNOW
If you've enjoyed this, sign up for our daily or weekly newsletter to get lots of great progressive content.
Series: "Earth Day/Environment"