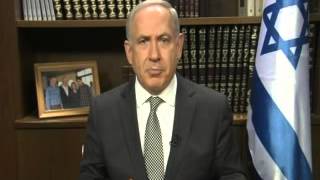 "A historic mistake" is how Israeli Prime Minister, Benjamin Netanyahu responded to calls for early elections last November. A few weeks later, he spoke, in exaggerated confidence of the "unanimous" agreement of his right-wing coalition that early elections must be held next April.

So why the change of heart?

Netanyahu may not be a good leader, but he is certainly a cunning politician. The fact that he is gearing up for a fifth term at the helm of Israel's fractious political scene speaks volumes of his ability to survive against many odds.

But it is not all about Netanyahu and his clever ways. Israeli politics are truly dismal. The Left, if it ever earned such a title, is marginal, if not entirely irrelevant. The Centre lacks any real political identity or decipherable discourse concerning, for example, foreign policy or true vision for peace and coexistence. The Right, which now defines Israeli society as a whole, has moved further to the right and is saturated in religious zeal, ultra-nationalism, while some of its parties are flirting with outright fascism.

As strange as this may sound, in the company of Education Minister,Naftali Bennett, Justice Minister,Ayelet Shaked, and the recently-resigned defense minister,Avigdor Lieberman, Netanyahu is not the most extreme.

Indeed, per Israel's Orwellian politics, nothing is what it seems.

Netanyahu is now paying the price for his overconfidence. The right-wing creature that he has so diligently created to quash his enemies, has grown so powerful and unhinged, that even the prime minister himself can no longer control political outcomes.

The once unchallenged Israeli leader has himself grown too comfortable with power. His family too has become too accustomed to the good life. His wife is now standing trial for corruption and misuse of public funds.

As of early December, the police have recommended, and for third time, that Netanyahu be charged with fraud, accepting bribes and breach of trust. Between direct involvement in the massive corruption racket that his office has espoused, and the dirty dealings of his own circle of aides and profiteers, the Israeli leader is no longer untouchable.

Netanyahu's sense of safety has always been buttressed by his good standing in opinion polls.

Even now, his numbers are still relatively high. His Likud party would still win an easy election -- 30 seats in the Knesset's 120 seats if the vote was to be held today.

In fact, this is precisely why Netanyahu had the change of heart and succumbed to mounting pressure from Bennett, among other dissatisfied right-wingers.

His hands are getting tied in Syria, thanks to Russia's strong rejection of Israel's incessant bombing of the war-torn country. His movement in Gaza has too become restricted due to the botched attack on the besieged Strip on 11 November.

Gaza was a place where Israeli politicians could freely flex their muscles, punish the trapped population of the tiny region, either with a customary war or a routine bombardment.

Related Topic(s): Corruption; Early Voting; Investigations; Israel; Knesset; Prime Minister Benjamin Netanyahu; Resistance, Add Tags
Add to My Group(s)
Go To Commenting
The views expressed herein are the sole responsibility of the author and do not necessarily reflect those of this website or its editors.