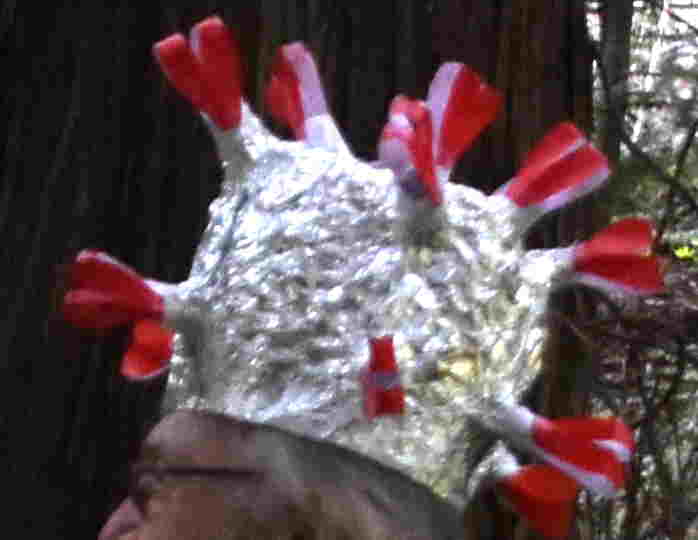 Dynamics of Epidemics for Those Being Manipulated

A closer look at the current coronavirus pandemic, shows it is not the monster it is hyped to be. It reveals something much more like a seasonal flu hyped by a world class promo agency . Let's look at evidence. Start with three statements. The first by Angela Merkel, Chancellor of Germany, "When the virus is out there, the population has no immunity and no therapy exists, then 60 to 70 percent of the population will be infected,...". Second, Andrew Cuomo on March 15, said that 40,50,60 % of New Yorkers will get the coronovirus. Third, "Dr. Brian Monahan, the attending physician of Congress and the U.S. Supreme Court, said he expects 70 million to 150 million people in the United States will become infected with COVID-19.", NBC News reported Wednesday, citing two sources." from CNBC

Those three statements by themselves show that this pandemic fits into standard mathematical models describing and predicting the spread of most flus (influenza virus) and other viruses. The statements make it clear that the pandemic goes away when enough people have gotten the disease, gained immunity and the ratio of "Recovereds to total population is high enough to bring on "herd Immunity." What else can we learn when we plug the current pandemic numbers into the model for S-I-R, Susceptible-Infective-Recovered, epidemic models?

Epidemics, including this current overhyped pandemic, follow clear mathematical models. Once a few constants are found empirically, the spread and recovery from an epidemic can be predicted. Quarantine, isolation, vaccination and propaganda can be used to manipulate the rate of spread, but not the total number of cases. Despite all the misinformation and histrionics' about whether or not immunities happen and that this virus is new and different, the three quotes clearly show that this pandemic follows the mathematics of epidemics and abates only after a given percentage of a population gets it and gets over it, gaining immunity to the particular bug going through.

All these models start with a population, "S", the Susceptibles, who, once infected, are shifted into the set of Infectives for their period of contagion. They are the ones who have the virus and pass it on with their bodily fluids. The time period for Infectives hosting this virus, lasts from two days before symptoms show until two weeks after symptoms. After that, those who recover are classed as "R," the Recovereds. One other factor must be mentioned. People can also be included in the Recovereds if they gain immunity from vaccinations. Immunities from vaccines are never guaranteed and some new vaccines have low effectiveness. If a vaccine has a 40% effectiveness and one needs 50 thousand Recovereds to reach the threshhold which causes to pandemic to abate, there would have to be 125 thousand vaccinations.

One other factor is the "Force of Infection" and that has to do with how easy the disease spreads, how long it remain viable on surfaces, can it travel in the air, etc. During warm weather and in warm climates, infectious diseases like this do not spread nearly as easily as they do in the cold. I do not know why, I just know this factor is a key in what causes the flu season. When the Force of Infection drops, so does the percentage of Recovereds needed to stop the spread. In a hypothetical case, the percentage of Recovered may have climbed to 20 or 30% during the heavy flu season, not enough to stop the spread during the winter, but enough to incur herd immunity when the weather warms and the Force of Infection is low. When the cold weather returns, the Force of Infection goes up, driving up the needed percentage of Recovereds to above 30%, the flu rages back--and will continue to do so until the ratio of Recovered grows to the 50 or 60 % range, the higher percentage required to stem this particular epidemic during winter months. The flareups are usually shorter and less intense but can recur until the infection is allowed to spread normally or vaccinations are used to get the number of Recovereds to about 50% or 170 million people in the US.

Now we get to the way these numbers are being manipulated. First, the clown circus going on over test kits assures that tests only are given the very sick. If random testing were done, the vast majority of cases, which show little or no symptoms, would be found and included. That would show the number of infected to be orders of magnitude greater (10, 100 or maybe 1000 times) and the "death rate," (number of death/number of infected individuals) would drop correspondingly--to that more like a normal flu. Look at the numbers. The latest headlines scream "The death toll could be more than 200,000. If 50% of us have to have gotten it before our country reaches herd immunity, then the death toll would be 0.13% of the 160 million people in the US who will get this before it goes away.. That number is more than a little lower than what I hear from the media. It also confirms this is not a killer plague. Numbers like these become very hard to understand when cooked death rate numbers are shouted 24/7 in the media. The "usual" is made to look like the "abyss of doom". And by tying this virus to old people knocking on death's door, it includes many deaths that would have happened during the same period, even if the virus were not present. If the virus is present in someone dying naturally of congestive heart failure or some other chronic old person illness, the person is considered to have died of the virus. If a life can be prolonged for a week or two by putting the patient on a ventilator, ka ching for the bill and the death statistics.

We are being manipulated into thinking it is bad to get the virus when instead it is absolutely necessary for about 160 million of us to have gotten this, as is the case with any and every other new virus, before it quits spreading through the population. When that fact is part of the basic knowledge we have on how this virus works, it makes the current economic and mental health crushing response seem something out of the Twilight Zone.

Let's look again at the numbers quoted from Dr. Brian Monahan, the attending physician of Congress and the U.S. Supreme Court. He said he expects 70 million to 150 million people in the United States will become infected with COVID-19. That comes out to 21 to 45% of the 330 million US population. These numbers are lower than Merkel's and Cuomo's, possibly because Monahan expects to jab in tens of millions of vaccinations, numbers that I do not consider far fetched.

To make sense of this ask "cui bono." A good list of players in this game can be found by looking at a major symposium "Event 201." Event 201 held in October 2019, before all this plague chaos started, discussed how a worldwide coronavirus pandemic would unfold. The event was hosted by John Hopkins Foundation and among the major players were the Gates Foundation, the US CDC, the Chinese CDC, banking and financial interests.

Bill Gates has had his hand in pushing GMOs all over the world, buying up water supplies, making vaccines and the like. There is a patent floating around the web by the Pirbright Institute for a genetically modified coronavirus. The patent, from 2015, describes gene editing an existing coronavirus to reduce its pathogenecy so it could be injected into poultry eggs to prevent Avian infectious bronchitis virus (IBV) in adult birds. The Gates Foundation provided some funding for the Pirbright Institute two years earlier. Previously, coronaviruses had been injected into eggs over several generations to get the same reduction in pathogenecy . An associate told me that he had been working for a veterinary supply lab in 2005 and they were making vaccines using the coronaviruses injected in eggs over generations of birds even back then. One of the distressing things he said was that they were working with and making veterinary potions from all kinds of different viruses even then. There were also a whole bunch of different viruses discussed at Event 201, but the pandemic chaos they predicted was predicated on a coronavirus pandemic. It is odd how world changing events often follow closely on the heels practice exercises.

I deal with the contradiction of being a retired mechanical engineer and a Luddite at the same time. I have lost faith in our government: it is totally controlled by the corporate monster that is gobbling up the world. It uses mechanical engineers (more...)
Related Topic(s): Corona Virus Coronavirus Covid-19; Money; People; Vaccinations; Viruses, Add Tags
Add to My Group(s)
Go To Commenting
The views expressed herein are the sole responsibility of the author and do not necessarily reflect those of this website or its editors.

Dynamics of Epidemics for Those Being Manipulated

Instinct and Tribalism vs. Rationality in Human Behavior

Eating Well is a Revolutionary Act

Are the Plants You are Planting to Help Bees Actually Killing Them?

Living with Wildlife and Our Part in It