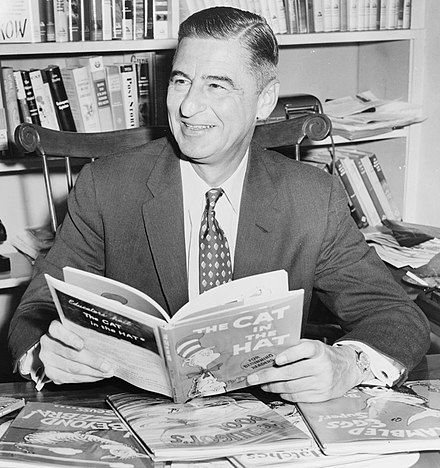 On March 2 -- the late Theodor Seuss Geisel's 117th birthday -- Dr. Seuss Enterprises announced that, some time last year, it ceased publishing/licensing six of the popular author's children's books which "portray people in ways that are hurtful and wrong."

Cue woke approval, deplorable outrage, investor interest, and low-information reader fear, all of which are good for business.

As I write this on March 9, Dr. Seuss titles constitute ten of Amazon's top 25 "Best Sellers in Children's Books."

Some "woke" readers approve of the decision, and are rewarding it by buying non-discontinued titles.

Some "deplorable" readers disapprove of the decision, and want to get their hands on the discontinued titles. Ditto some collectors/re-sellers who see an opportunity to profit from current and future scarcity.

And, of course, some low-information readers (or parents) read only the headlines and fear that if they don't snatch up The Cat in the Hat now they might not be able to find it later (if you're among them, relax; it's not among the casualties).

Do the owners of Dr. Seuss Enterprises really, truly, deep down feel that the discontinued titles might damage young minds? Well, maybe.

But the more likely motive for this move, it seems to me, is the bottom line. With one terse announcement and zero investment in advertising (that came in the form of free media coverage, friendly and unfriendly), the company has successfully created a run from all directions on its products.

New young readers for a book collection beloved by every generation since the Baby Boom. New viewers for its old cartoon specials, later live-action movies, and current Netflix series. New visitors (when the pandemic ends) to its traveling mall "Dr. Seuss Experience."

And hey, more power to them! "Cancel culture" and "anti-cancel culture" are lemons. They tend to put sour expressions on everyone's face for one reason or another and often for not much reason at all. Why NOT turn them into lemonade?

If you're drinking that lemonade, might I suggest a tall, cool glass of The Sneetches and Other Stories? The solutions to some of the very problems that gave rise to this episode are in there for those willing to learn. Also, it's a great book.

Related Topic(s): Cancel Culture; Culture War; Dr Seuss, Add Tags
Add to My Group(s)
Go To Commenting
The views expressed herein are the sole responsibility of the author and do not necessarily reflect those of this website or its editors.