But the SAFE Act is the real deal. 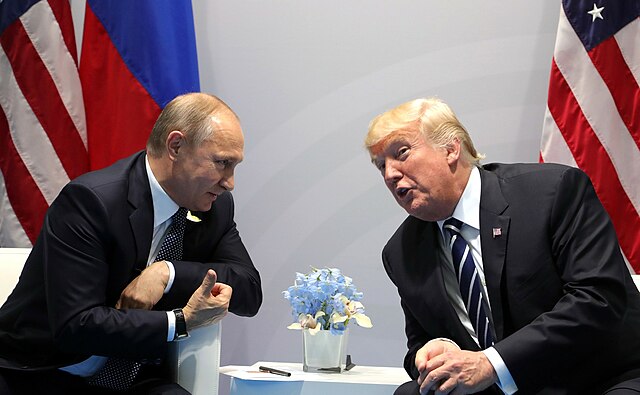 Donald Trump is such an erratic, narcissistic, and imprudent commander in chief that he will often, in a matter of hours, come up with a horrible idea, abandon it, and then blow the whole debate up without ever applying a measure of common sense.

Witness the president's sudden show of interest in developing "an impenetrable Cyber Security unit" to guard against "election hacking." After meeting for more than two hours with Russian President Vladimir Putin -- during which Trump may or may not have accepted Putin's assurance that Russia did not interfere on the Republican's behalf in the 2016 election -- Trump was foraging around for some evidence that he had accomplished anything. The president tweeted: "Putin & I discussed forming an impenetrable Cyber Security unit so that election hacking, & many other negative things, will be guarded."

The reaction was not good. Republicans were dumbfounded. South Carolina Senator Lindsey Graham said, "It's not the dumbest idea I've ever heard, but it's pretty close." Florida Senator Marco Rubio argued that "Partnering with Putin on a 'Cyber Security Unit' is akin to partnering with Assad on a 'Chemical Weapons Unit.'" Nebraska Senator Ben Sasse called the whole idea "inexplicably bizarre." Congressman Brendan Boyle, D-Pennsylvania, did more than just complain. He announced that he would introduce legislation to "prohibit the United States from participating in any type joint working group with Russia on cybersecurity efforts."

The whole affair degenerated into such a mess that Trump engaged in a rare attempt at backtracking. On Sunday, he tweeted: "The fact that President Putin and I discussed a Cyber Security unit doesn't mean I think it can happen."

But a response to cyber threats -- both external and internal -- is necessary. So, too, is a response to broader threats to the integrity of elections across the United States. Those threats go far beyond concerns that have arisen following allegations of Russian hacking. Trump's tweets are, at best, distractions from all of these issues.

Related Topic(s): Cybersecurity; Elections; Safe Act; Security; Trump And Putin; Voting, Add Tags
Add to My Group(s)
Go To Commenting
The views expressed herein are the sole responsibility of the author and do not necessarily reflect those of this website or its editors.