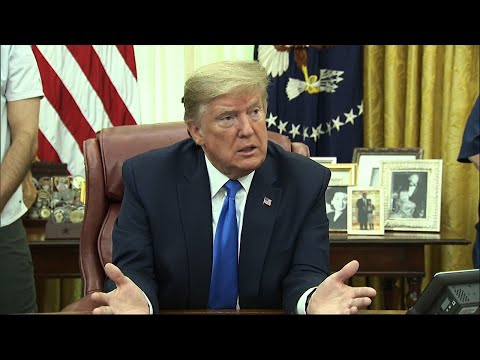 Donald Trump is getting nervous. Internal polls show him losing in November unless the economy comes roaring back. But much of the economy remains closed because of the pandemic. The number of infections and deaths continue to climb.

So what is Trump's re-election strategy? Reopen the economy anyway, despite the risks.

Step 1: Remove income support, so people have no choice but to return to work.

Trump's labor department has decided that furloughed employees "must accept" an employer's offer to return to work and therefore forfeit unemployment benefits, regardless of Covid-19.

Forcing people to choose between getting Covid-19 or losing their livelihood is inhumane. It is also nonsensical. Public health still depends on as many workers as possible staying home. That's a big reason why Congress provided the extra benefits.

No one knows how many Americans are infected because the Trump administration continues to drag its heels on testing. To date only 6.5 million tests have been completed in a population of more than 200 million adults.

But it's impossible to fight the virus without adequate data. Dr Anthony Fauci, the administration's leading infectious disease expert, warns that reopening poses "a really significant risk" without more testing. Not surprisingly, the White House has blocked Fauci from testifying before the House.

Step 3: Pretend it's about "freedom."

Michigan has the third-highest number of Covid-19 deaths in America, although it is 10th in population. When on Thursday Whitmer extended the rules to 28 May, gun-toting protesters rushed the state house chanting: "Lock her up!" Rather than condemn their behavior, Trump suggested Whitmer "make a deal" with them.

Meanwhile, the attorney general, William Barr, has directed the justice department to take legal action against any state or local authorities imposing lock-down measures that "could be violating the constitutional rights and civil liberties of individual citizens."

Making this about "freedom" is absurd. Freedom is meaningless for people who have no choice but to accept a job that risks their health.

Step 4: Shield businesses against lawsuits for spreading the infection.

Related Topic(s): Donald Trump Narcissist; Economy; Pandemic; Stay-at-home; Trump Nonstop; Unemployment; Workers, Add Tags
Add to My Group(s)
Go To Commenting
The views expressed herein are the sole responsibility of the author and do not necessarily reflect those of this website or its editors.