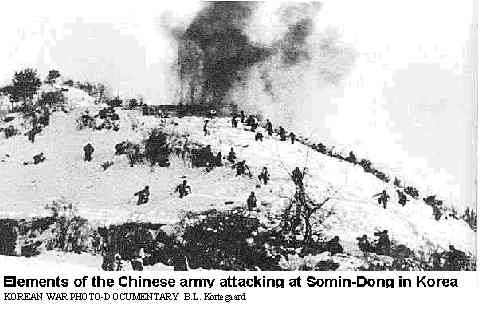 During the Cold war, the major antagonists, United States and Soviet Union, faced one another at European borders. No military confrontations occurred between them. Their cooperation, in a war to end all wars, had a brief interlude, and succeeding years detected huge losses of lives in endless conflicts.

The Cold War atmosphere became a testing ground for two systems. The capitalist system gained economic and political victories, but at what cost? A fundamental question emerged from the rhetoric and saber rattling -- which system, capitalist or socialist, was more likely to contain peace, or stated another way, more likely to wage war? Examination of the conflicts occurring during the Cold War provides a clue and answers another lingering question. "Does Capitalism mean war?"

A chart of the history of major wars during the 1946-1991 era tells a story. Years succeeding the collapse of the Soviet Union and its communist system add to the story. A review of economic warfare completes the picture.

The chart describes major and local wars from 1946 to 2019 with the following criteria:

(1) Major wars (shown in red) consider engagements by one or more huge armies, a result of significant importance, and/or extensive casualties.

(3) Only offensive wars, in which a NATO nation fought or which a Soviet bloc (Warsaw Pact or China) fought, are considered.

(4) )The Middle East wars between Israel and its neighbors, the Iraq war against ISIS, the Syrian Civil War, and the Falkland Island war, where great Britain defended itself against an Argentinian invasion, are not included.

(5) Documenting wars fought by the major capitalist nations after the decline of the Soviet Union in 1991 adds information to their roles in hostile actions.

(6) China is included in the Socialist Bloc, but, because it operated independently from the Warsaw pact, its wars are independently summarized.

Peruse the chart, absorb the immense scale of conflicts, and then read the summary.

Summary
Communist Bloc
(1) The Soviet Union fought wars with Afghanistan and China. In the Afghanistan war, the Soviets intended to maintain a communist and friendly government. The China conflict resolved a long-lingering border dispute.
(2) In major wars, where both the United States and Soviet Union intervened -- Korea and Vietnam -- the Soviets mainly supplied weapons and aircraft. By not committing ground troops, the Soviet Union tempered its aggressive nature in the conflicts and had few casualties.
(3) Warsaw Pact allies interfered in the uprisings of two countries -- Hungry, and Czechoslovakia -- both of which were in the Warsaw Pact and the Socialist orbit. .
(4) The Soviet Union and Cuba interfered in one civil strife outside of the recognized Warsaw Pact sphere of influence -- Angola -- and supported one faction in that Civil War

Dan Lieberman is the editor of Alternative Insight, a monthly web based newsletter. His website articles have been read in more than 150 nations, while articles written for other websites have appeared in online journals throughout the world(B 92, (more...)
Related Topic(s): Allies; Hegemony; Intervention; Invasion; Korea; Sanctions; Taliban, Add Tags
Add to My Group(s)
Go To Commenting
The views expressed herein are the sole responsibility of the author and do not necessarily reflect those of this website or its editors.